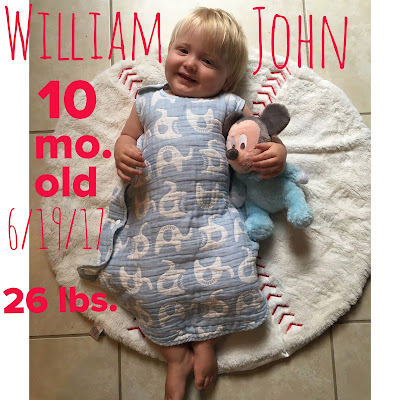 This past month, Will:

- saw Herman's Hermit's at Epcot for our annual concert. John and I met when they were playing here four years ago, and we've seen them each year since. The first year, we met. The second year, we were just engaged. The third year, we had just gotten married. And this, the fourth year, we have Will!

- Went to Hutchinson Island to celebrate my nephew's high school graduation at our family's beach condo. His first time there and to Conchy Joes where we watched the steel drum band.

- Speaking of drums, the kid continues to love music, and spent lots of time drumming this past month.

- Stayed at Nana's house over Memorial Day weekend while John and I had a 'date weekend' which included a night out to Disney Springs and meeting friends at DHS.

- Visited Grandmom's house in Ormond Beach and swam in her pool.

- Rode the teacups for the first time at Magic Kingdom.

- Had play dates with friends and held a girl's hand for the first time! He also ate seaweed snacks with her, so we like to say they had a sushi date.

- Continued in swim lessons. He loves the water and goes under very well. He's also kicking his feet when we say 'kick! kick! kick!'

- Met new friends when they came to visit WDW.

- Met LOTS of Disney characters and seems to love it more and more each time.

- Enjoyed spending time with Uncle David (John's brother) when he came to visit.

- Went to see his Papa (John's Dad) in The Villages and rode the golf cart. He loves to help Daddy steer.

- Is SO CLOSE to walking. He COULD totally do it, he's just so cautious and doesn't feel 100% secure doing it yet. He's taken two steps between John and me, and walks while holding our hand. He's cruising the furniture and walls like a champ.

- Had his first little procedure at the doctor's office (nothing major but private enough that he wouldn't want to be reading this fifteen years down the road and knowing that I shared it with the world;))

- Had his top two teeth start to come in. 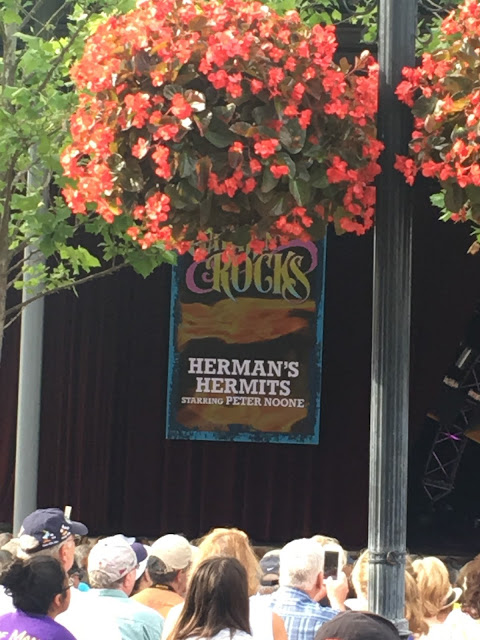 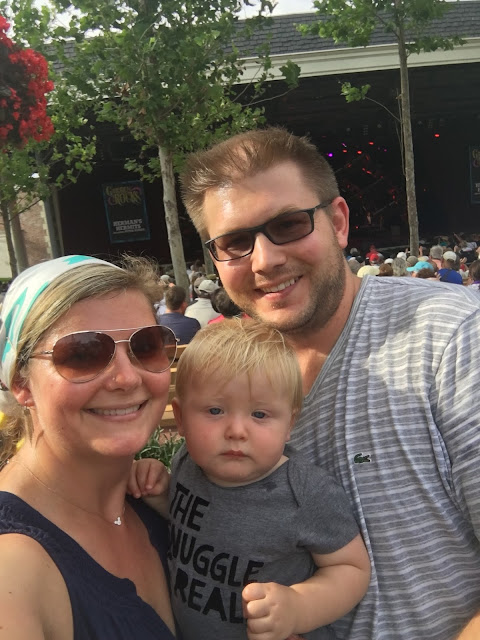 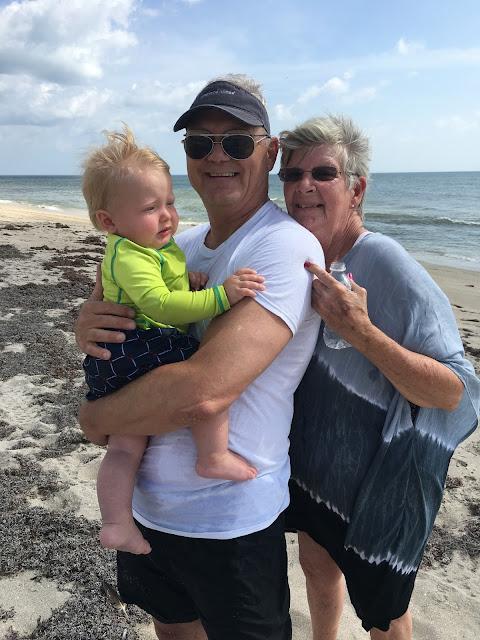 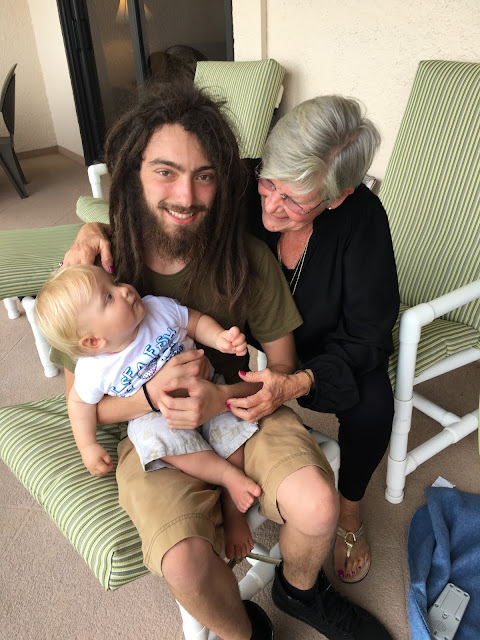 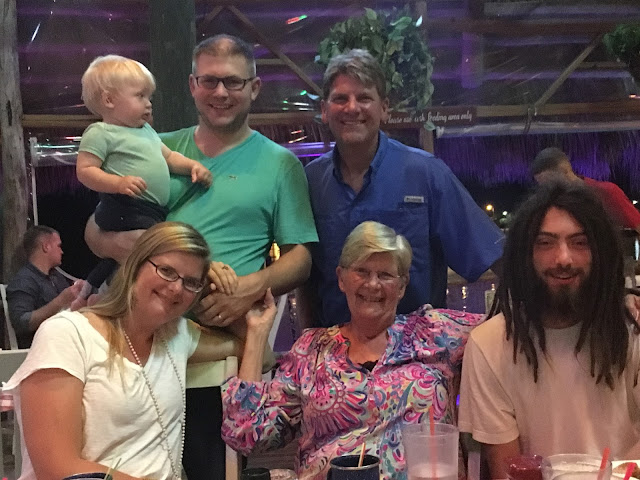 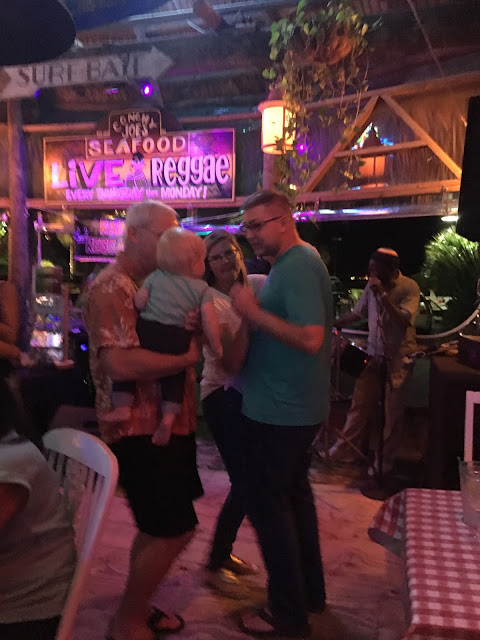 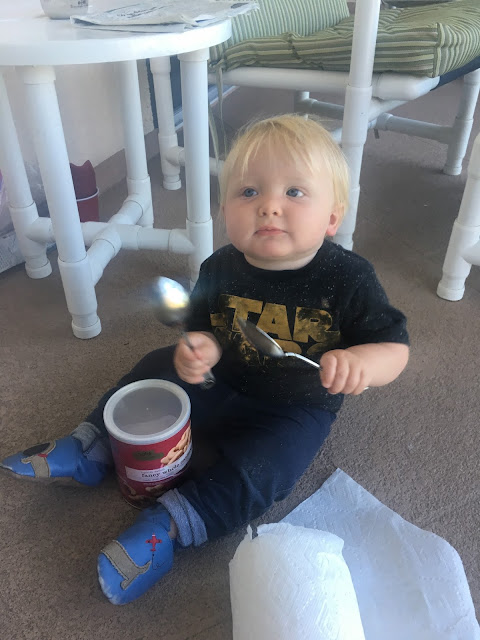 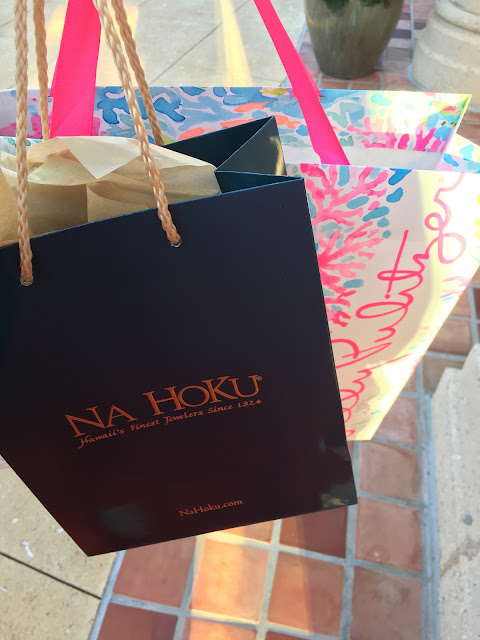 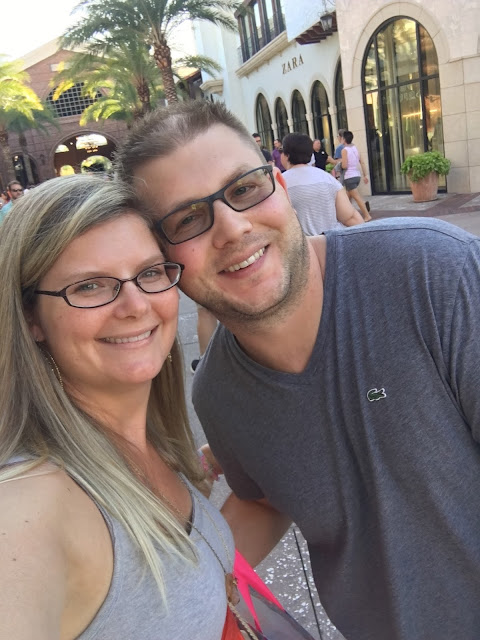 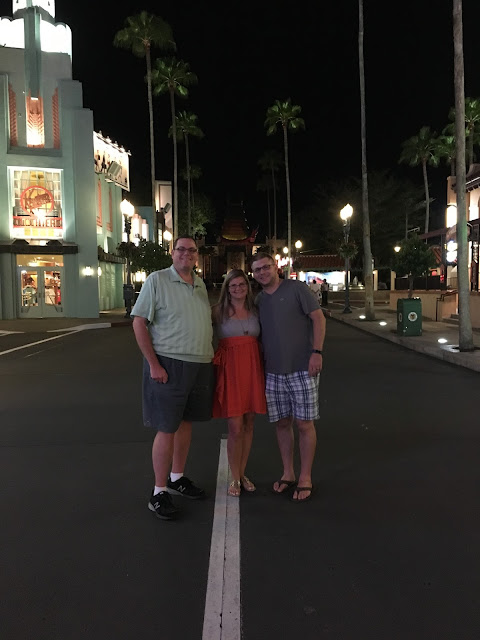 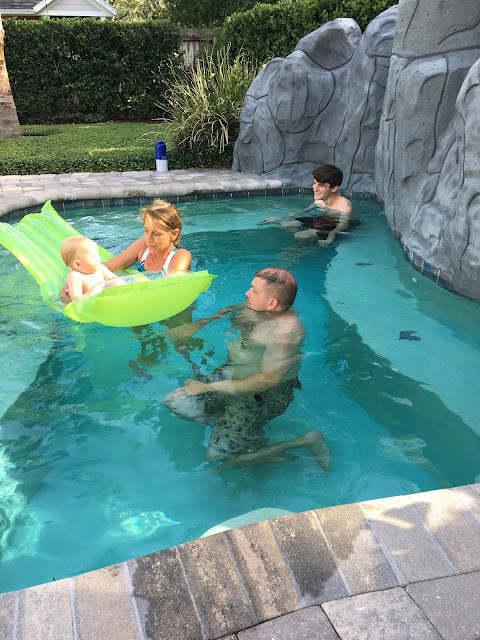 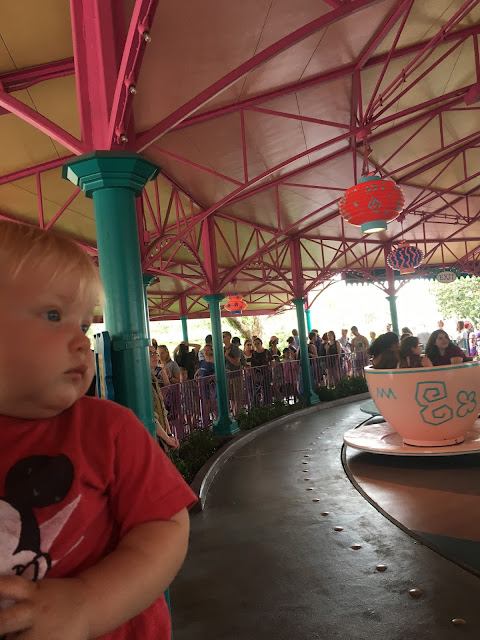 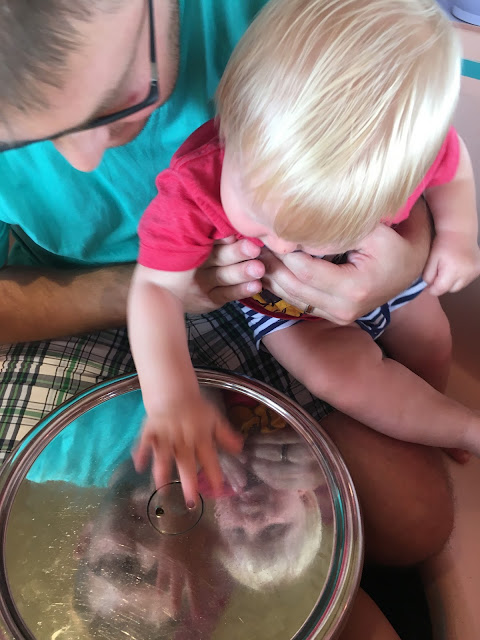 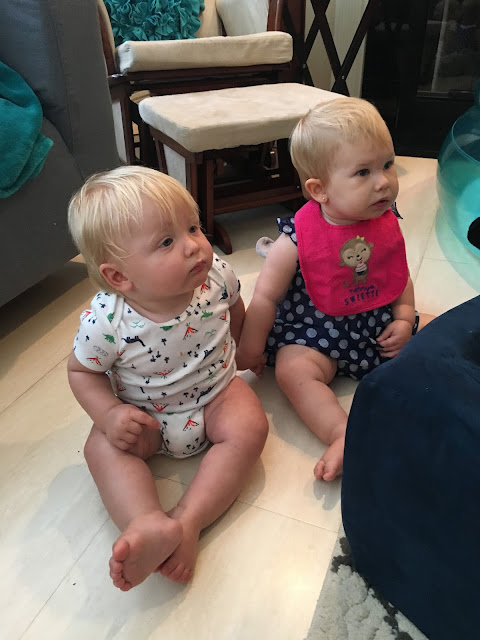 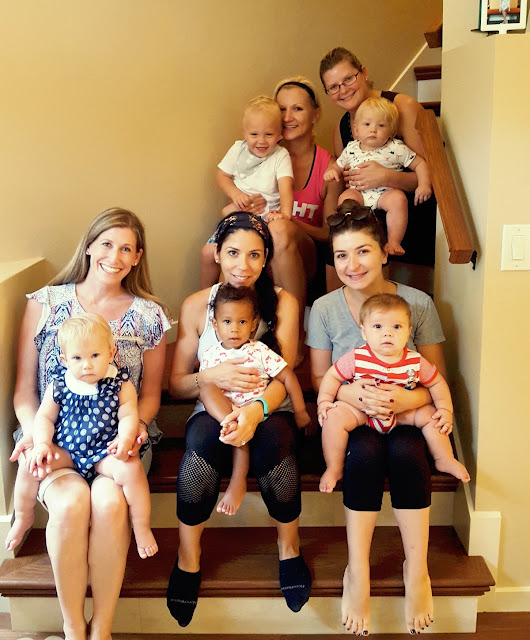 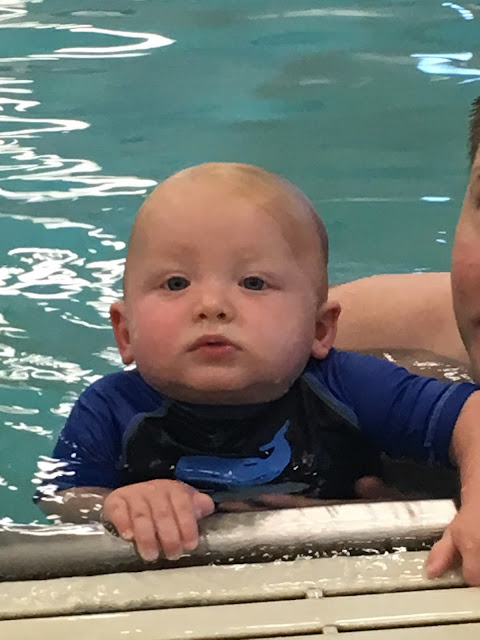 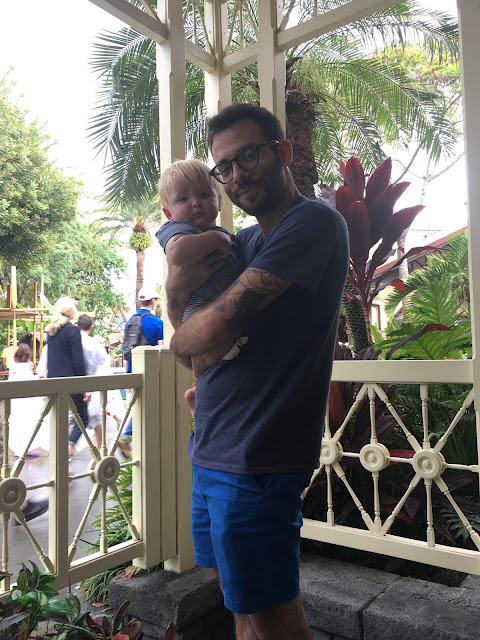 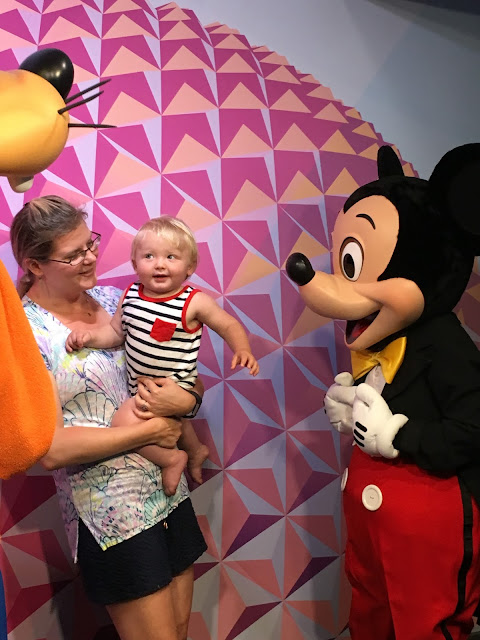 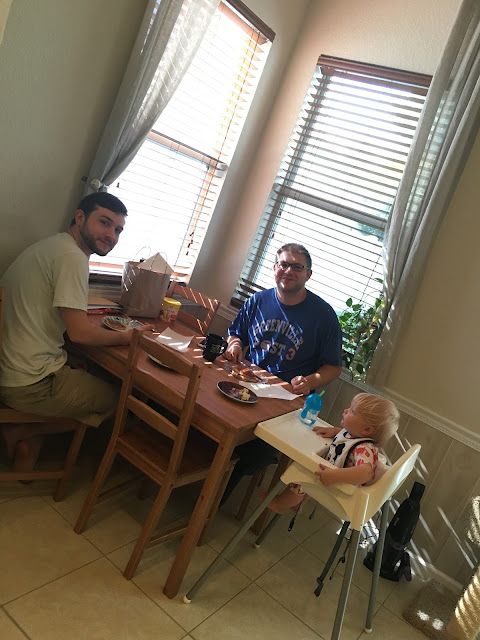 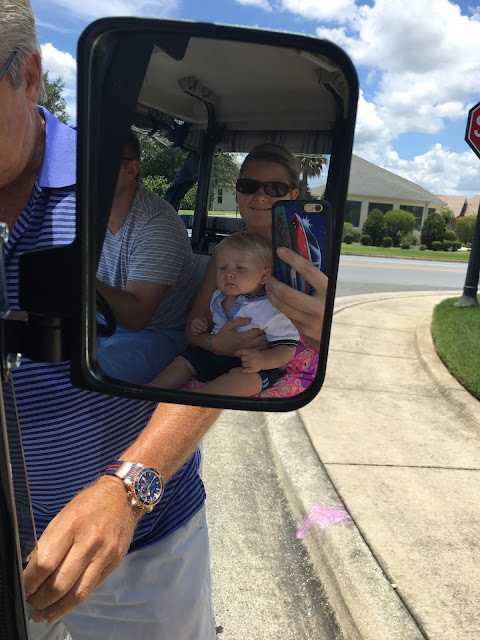 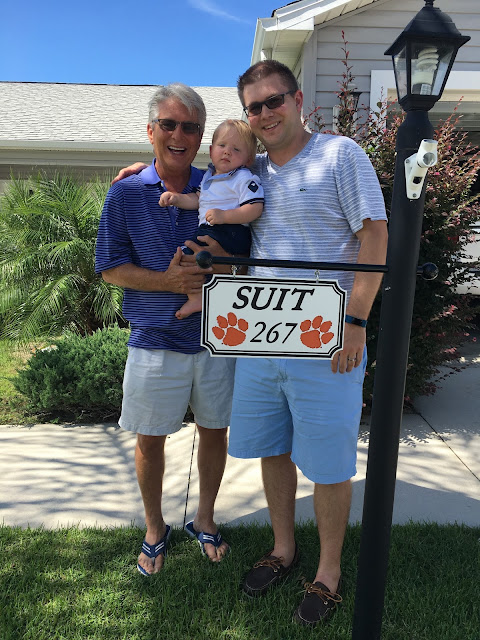