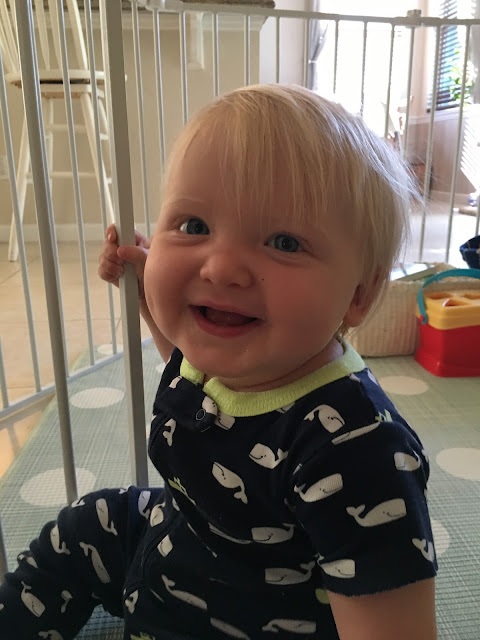 Hi friends, and happy Monday to you. We had a great weekend here. On Friday I noticed some snails on my plants, as well as some chewed leaves. I made a 'snail away' spray using my doTERRA patchouli and cedarwood oils, castile soap and water. I'll let you know how it works! 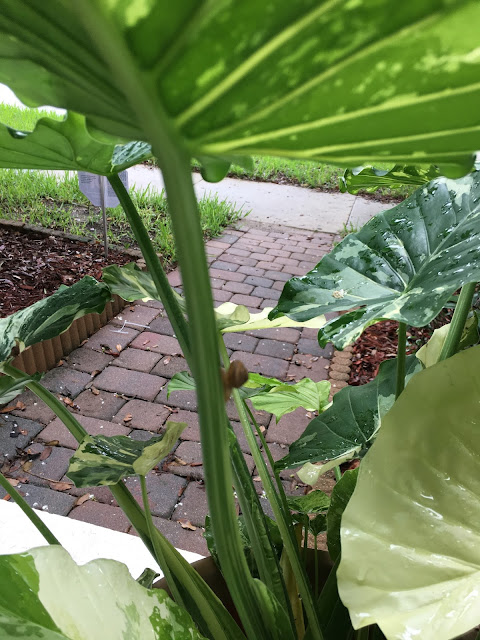 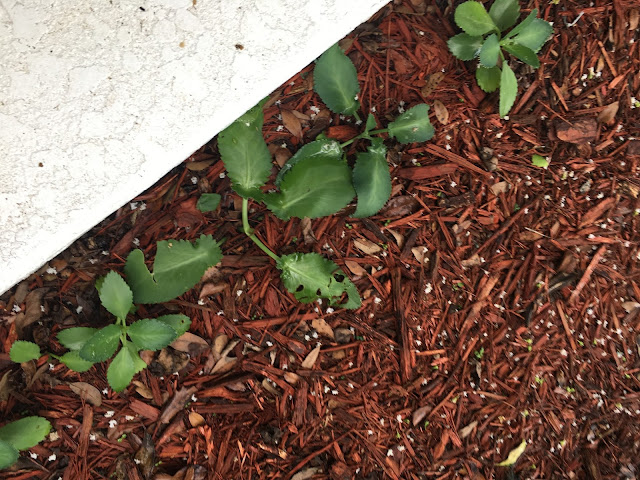 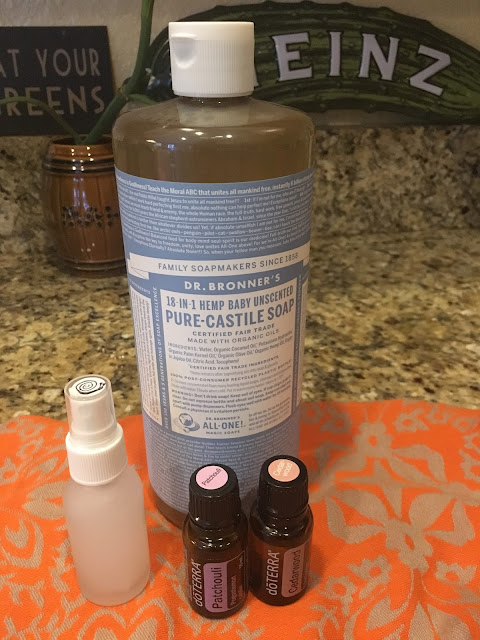 Will and I went to lunch with my friend and previous co-worker, Annastasia. She snapped this pic of Will; he loves listening to her crazy life stories, and she's infatuated with him. We went back to the Buena Vista Construction office after lunch and I saw these two awesome signs they had acquired from recent refrubs in the parks. The Safety sign used to hang in my office when I worked there. 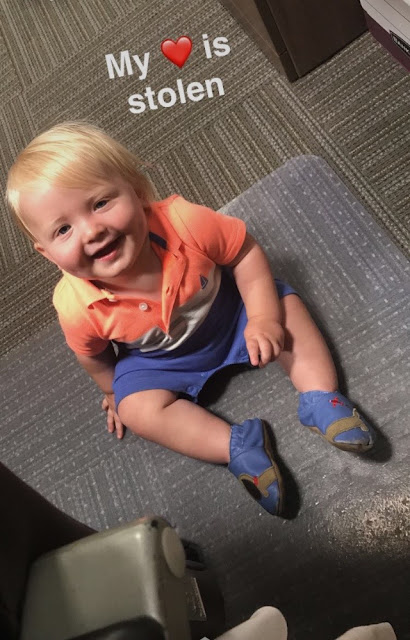 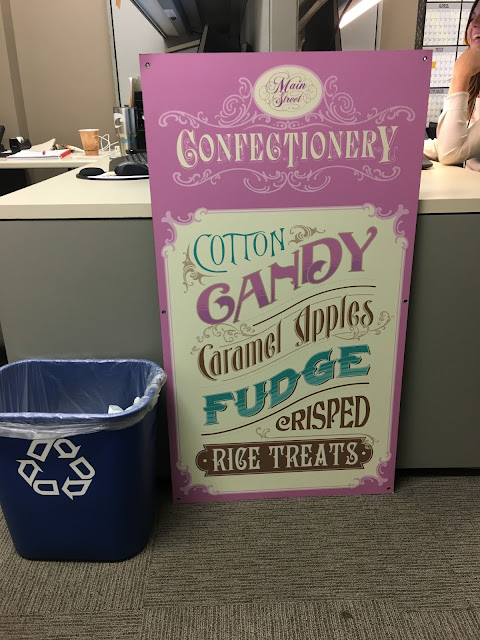 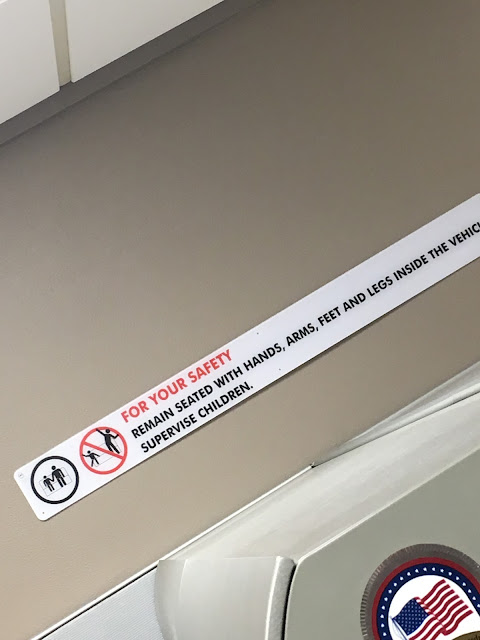 That night I made BBQ chicken flatbread pizzas. I started Weight Watchers a few months ago, basically just the app version where I track my points each day (except for weekends, lol) and found this recipe that is only 7 SmartPoints! John loves it too. 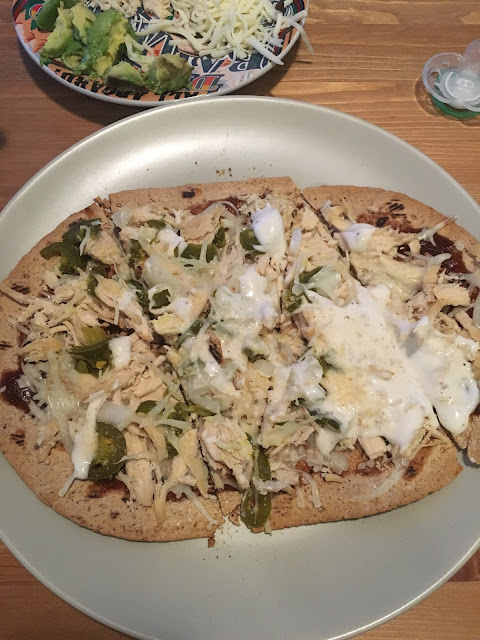 Later that night I went to my friend's house for a Stella & Dot trunk show. I used to be a Stylist for Stell & Dot, so I was eager to see the products again after a few years. I ordered a few pieces and took advantage of a promo they are running- for every $50 you spend, you get $25 to spend later (ends June 19, so act fast if you're interested). See my picks below. It was such a fun night out with fellow moms. 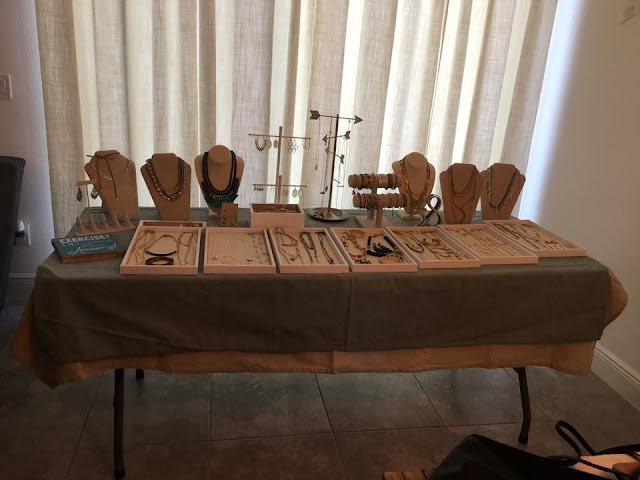 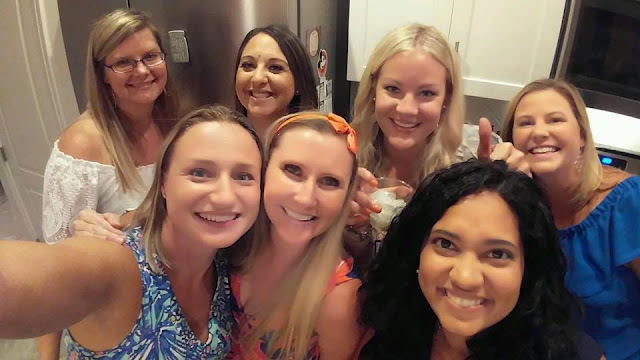 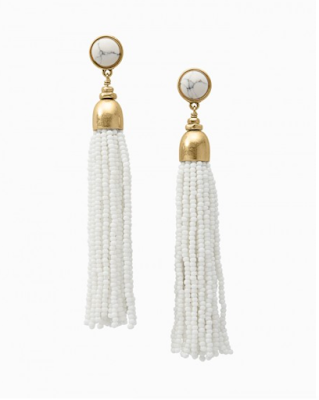 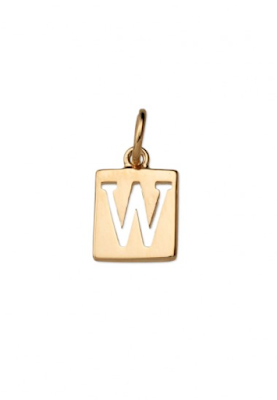 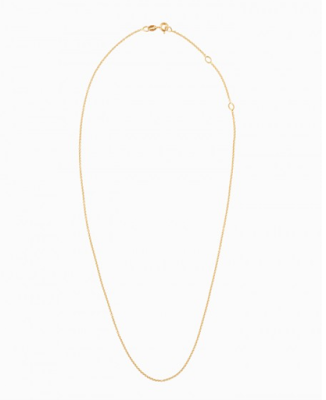 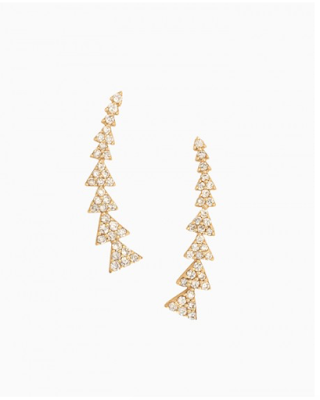 On Saturday evening I joined up with the local chapter of the Disneyana fan club to hear Disney historian Jim Korkis speak about Walt Disney and World War II. I've hear Jim on numerous Disney podcasts over the years, and read his articles on MousePlanet, so it was really neat to meet him in person. He just released a new book which I bought that night, and he was kind enough to sign it along with the other four books I own of his. 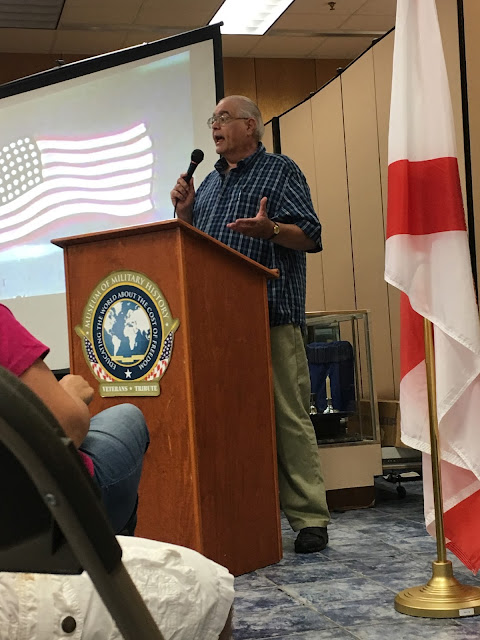 He showed some propaganda and training films Disney created which haven't been seen in seventy years. He spoke about how the studios reused a lot of animation to save money, hence The Three Little Pigs remake, below. The characters in the picture after this represent Emotion and Reason, with the former being modeled after Disney animator Ward Kimbal.

Did you know that the Walt Disney Studios were used by the US Military during the war? In addition to propaganda and training films, the studios soundstages were used to house and repair military vehicles. Their lack of windows enabled them to be used during blackouts. Walt even 'saved' several of his animators from being drafted by claiming that they were imperative to the war efforts of animating the commissioned films. 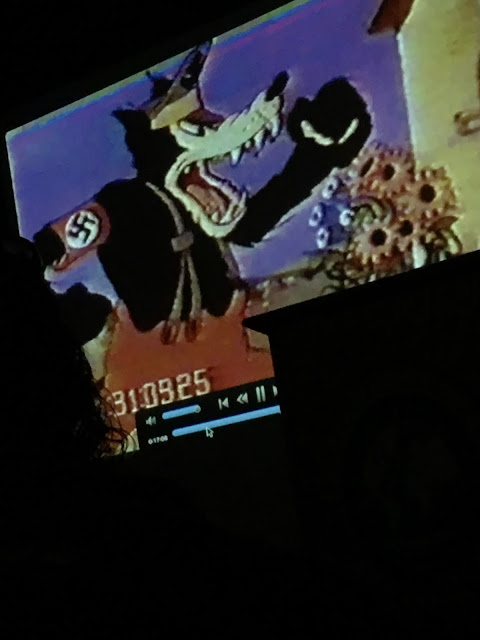 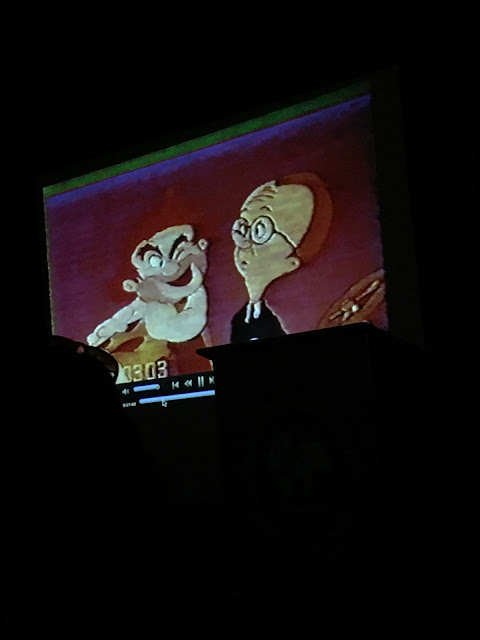 Disneyana club members can bring memorabilia and Disney goods to the meetings to auction off at meetings; I bid on and WON this copy of National Geographic magazine from 1963, featuring among other things the first photo of Walt's Disneyland apartment, and artwork drawn by Disney animator Bill Justice. I'll share it's contents in an Instastory one day soon. It's so cool.

There were some other neat items on display too, relating to WWII and Disney. 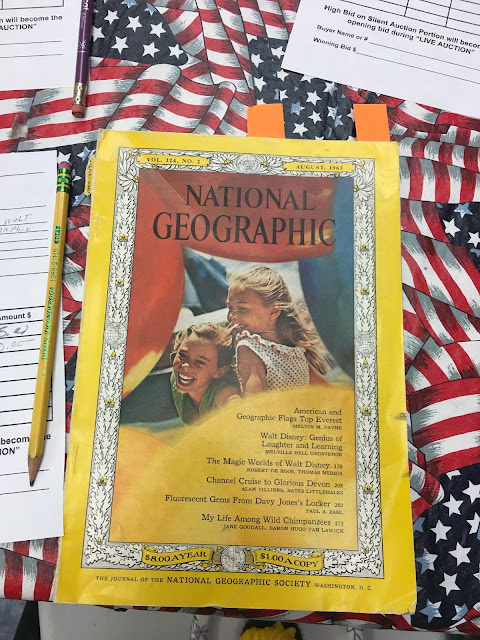 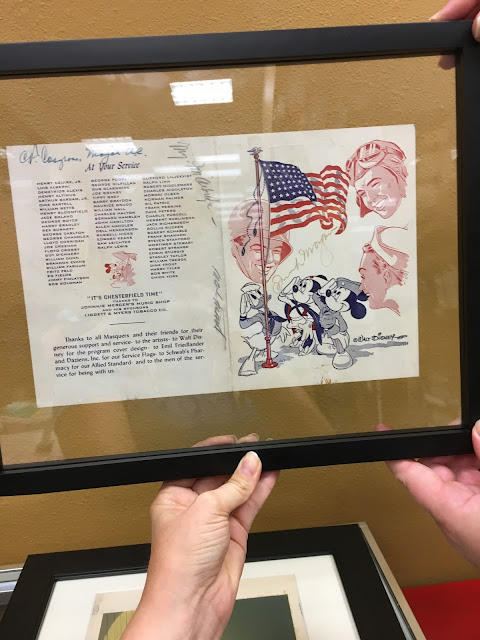 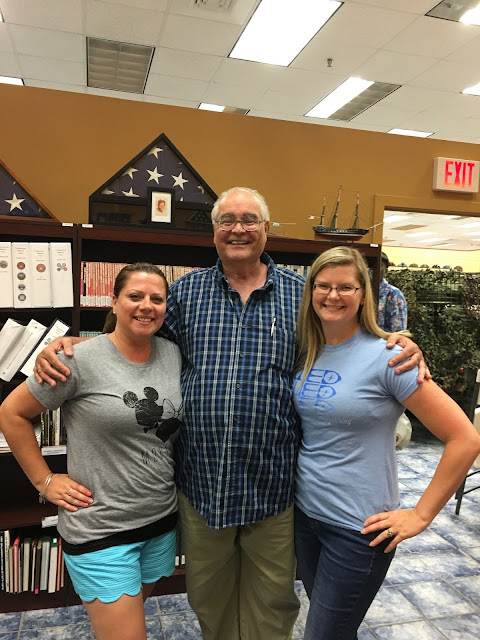 With my friend, Kari. Laughing it up with ol' Jimmy boy. 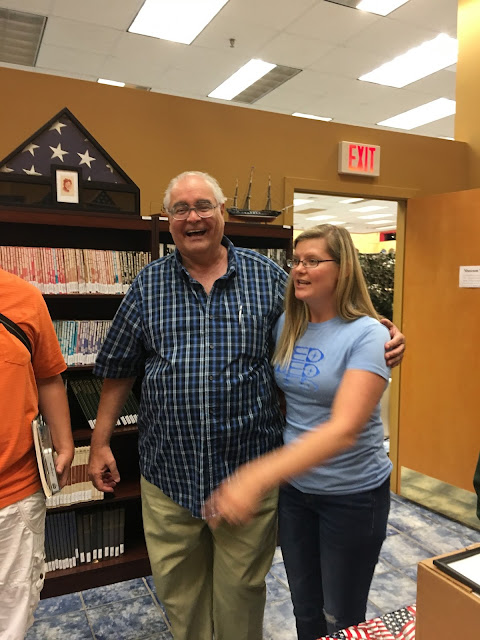 John's sister and her friend stopped by on Sunday afternoon, and we all went to brunch at Dixie Cream Cafe in downtown Windermere. If you're ever visiting the parks and want to take a little side trip, consider popping into the little town that is a ten minute drive from property. It's so quaint; you'd never guess the Main Mouse was less than ten miles away. 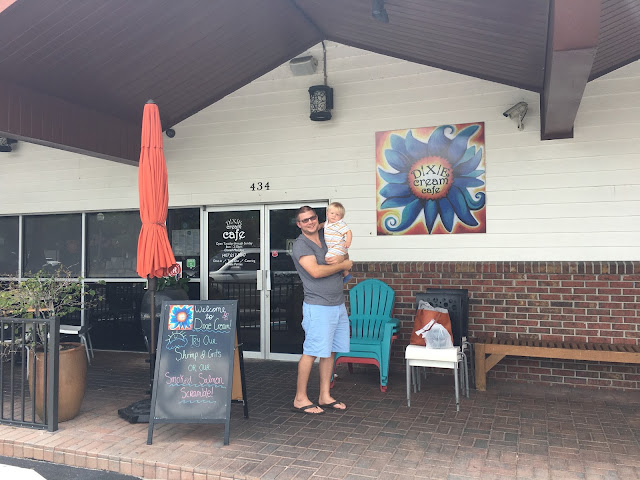 That's the face of one well-fed, happy, sleepy little boy. 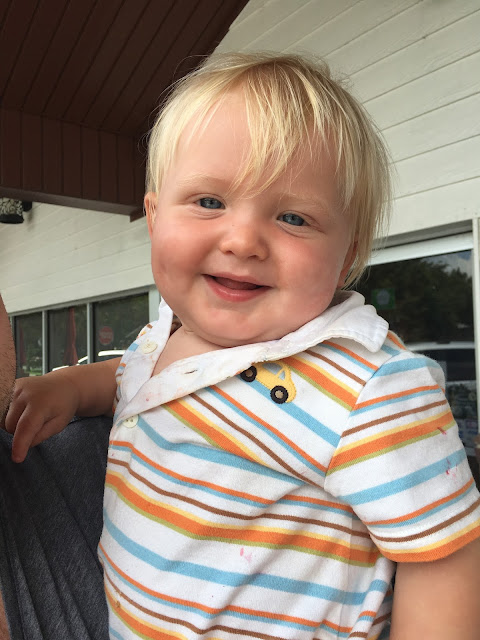 Hope you had a great weekend too! Thanks for reading.