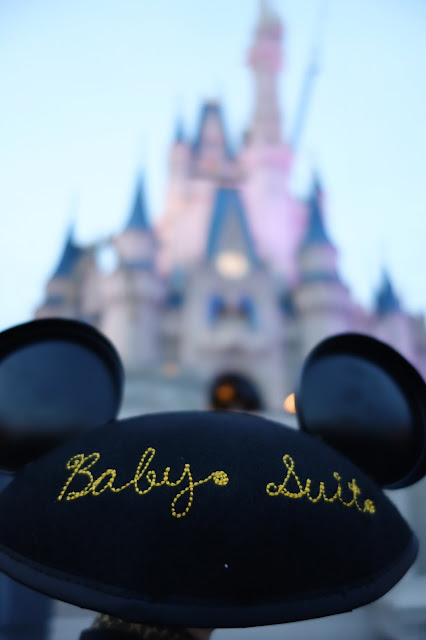 BUT in case you missed it, John and I are beyond excited to announce the arrival of Baby Suit in Summer 2016!

As I delve deeper into the blogosphere, I'm constantly torn over the issue of 'over-sharing' information about myself/our life. I don't want to assume everyone wants to hear everything about little ol' me, nor do I want to over-expose my family or friends. But, some of my very favorite blogs are the ones where the authors are real, open, and down to earth, so following on that note, I'm going to go with the flow and write what I feel comfortable with.

That said, we were very fortunate to conceive VERY easily! I've been on birth control for just about 16 years, and I'm 34 (see, over-sharing), so I had some concerns about this. In addition, I've had a handful of girlfriends who have had trouble conceiving, and my heart goes out to each and every one.

So you can imagine our surprise when it happened almost literally after I stopped taking the Pill. Now, I'm a Type A planner, and a former teacher, so I've ALWAYS said I wanted a Fall baby-- that way they're older in the the class developmentally, socially, emotionally, etc. It's amazing what a difference a few months makes when you have a four year old and a five year old sitting in the same Kindergarten class.

Best laid plans, and all that jazz. We conceived right off the bat and are due for a late July/early August birth date. Looks like we'll be red-shirting our Baby Suit for a year before starting school. BUT, I'm so grateful for the ease with which we conceived, and we count our blessings every day. As my doctor said, "All your husband had to do was just look at you to get you pregnant, huh?" ;)

I can honestly say I have had a really great pregnancy so far. I'm currently 13 weeks along, and have had only a handful of bouts of nausea. My main culprit is heartburn, but even that's not debilitating. I've also had occasional headaches from time to time, and have been pretty tired. I'm not sleeping great either; I'll fall asleep just fine, but will wake up in the night and not fall back asleep very well. Perhaps my body is prepping for sleepless nights once the baby comes, eh?

Here are our ultrasounds from our 10 week scan and our 13 week scan. It's AMAZING to me how developed he/she looks just in three weeks- growing from an alien-looking creature to a little human, complete with a precious little nose! See it in that second photo? 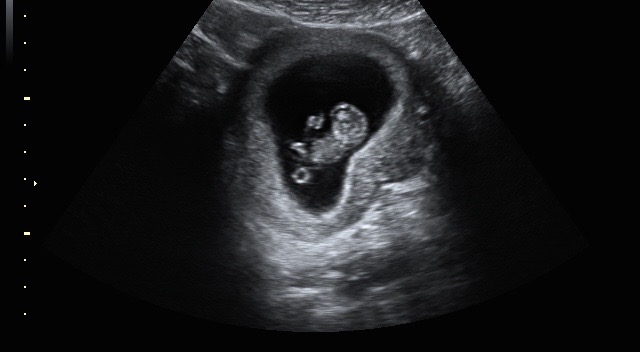 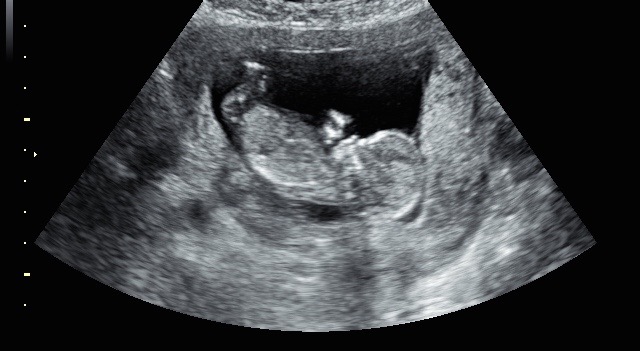 We won't find out the sex of the baby until around week 20, if he/she cooperates when it comes time for pictures. I'll share as soon as we find out, though.

I've always thought I wanted a girl, and I still would be over the moon to have a daughter. However, after teaching preschool and Kindergarten, I've seen that even at four and five years old, girls are DRA-MA! Boys are so much easier going; they get in a fight with a friend, and one push or shove and they're best buds again. I also grew up with three older brothers, and have always gotten along with boys, so I'd be happy as a clam to have a son, too. So as cliche as it sounds, John and I would be thrilled with either a boy or a girl. I can't say I really have a feeling, one way or another. I've heard about 50/50 from close friends and family, as to their guess of the sex. What are your thoughts?

I guess that's it for now. It's so nice to have the news out- our family and close friends knew, but everyone's been afraid to spill the beans, so I know they're breathing a sigh of relief too. I of course called my mom in early December when I took the first pregnancy test, so she's known since we have. It's been so hard for her to keep the secret, but she did it! We told my Dad on Christmas day by wrapping up a onesie that had the words 'Coming August 2016' on it; we have video of his reaction; it's the most precious thing ever.

I can't wait to be a Mommy and am open to any and all advice you can send my way. It will be interesting to see how this blog evolves; Dressing for Pregnancy, Dressing for Baby, and so on. And you know Baby Suit will be in Disney World sooner than later. In fact, his/her first trip to Disneyland was in utero! Ha! (That reminds me, I still need to post about that trip... So much to do, so little time.)

Thanks for reading and following along on our new journey.

XOXO, Ashley
Posted by Dressing for Disney at Wednesday, January 27, 2016