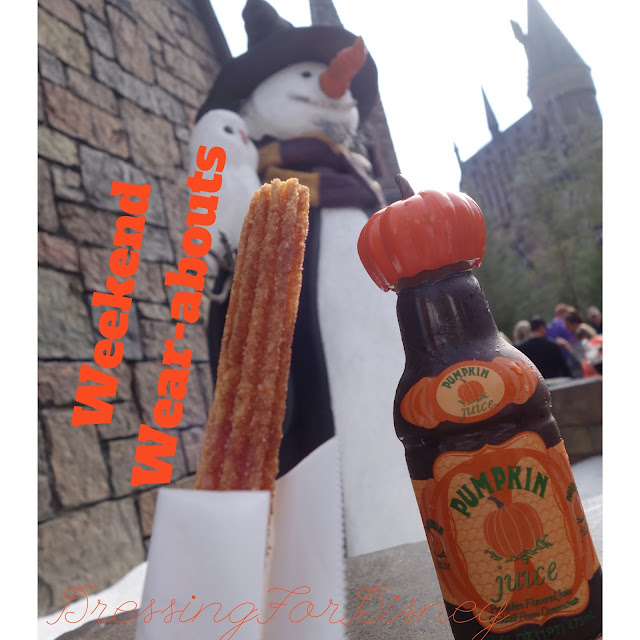 Here's hoping your first weekend of 2016 was a good one. I can't complain-- I spent mine in two, no, THREE different theme parks! 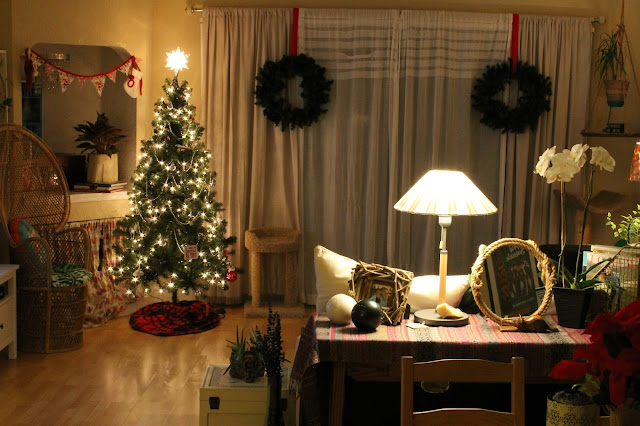 After taking down the Christmas decorations on New Year's day, I met up with Thomas @tradzak at Disney's Hollywood Studios MGM. We wanted to see the Comedy Warehouse Improve Holiday Show before it ended. 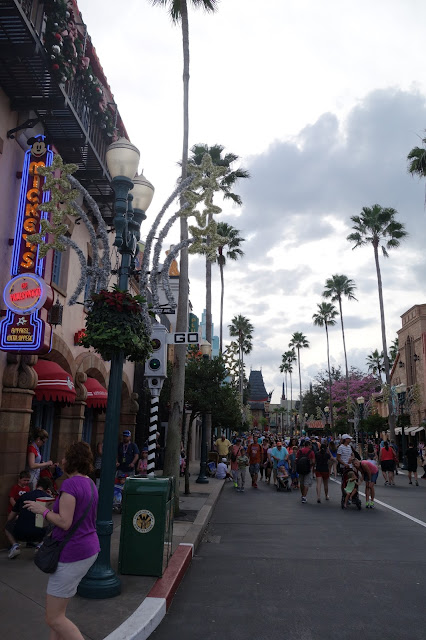 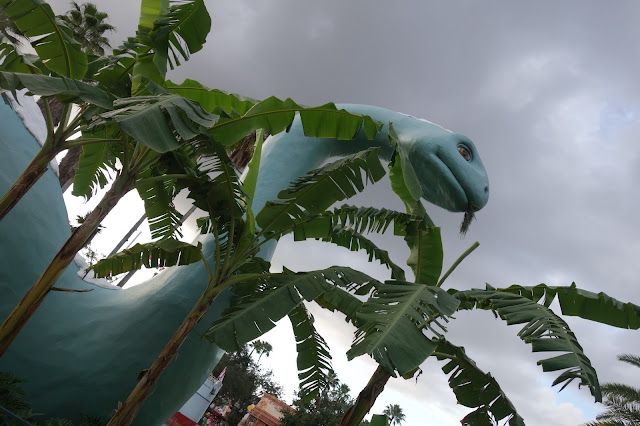 I also wanted to eat some crummy delicious Planet Pizza before it closes in mid-January for a lengthy refurbishment. Rumor has it this spot will open as something else entirely new, and I wouldn't be surprised if it had a Star Wars theme to it. I can't say I'll miss it really, but sometimes I crave the pizza from here-- I think it's the sauce I enjoy so much. I dunno.

What I do know is that I'm grateful to have a friend like Thomas who is down for anything and will indulge me in my random cravings and such. 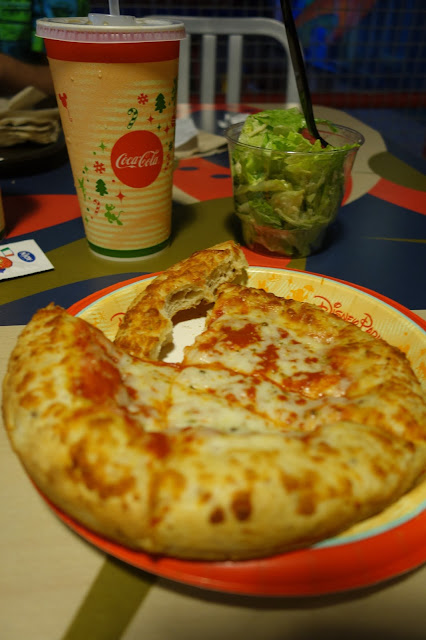 We watched one showing of the Comedy Warehouse improv show, which was funny as always. The infamous Jim Doyle from Mulch, Sweat n' Shears fame was on stage, which added to the fun. We even got to see the sweet SparklyNicole afterward. 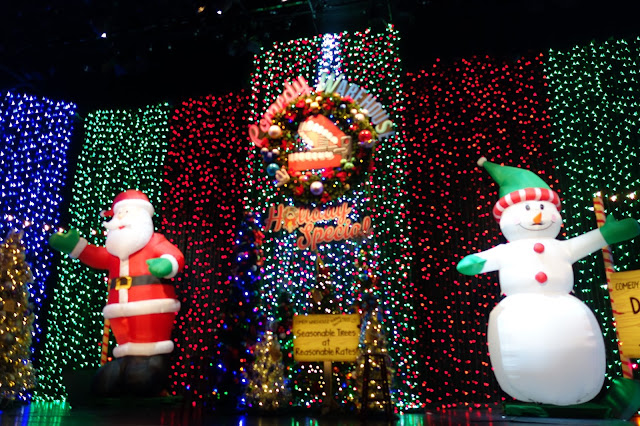 Our next stop was Epcot, and Thomas and I decided to walk off the pizza by hoofing it over to Epcot via the loooooong pathway. There was a beautiful sunset that evening. 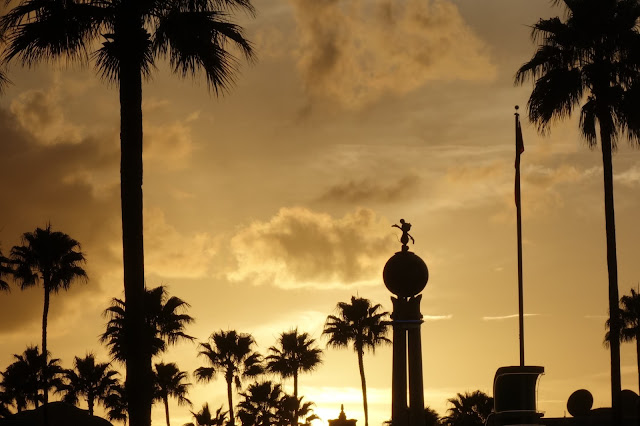 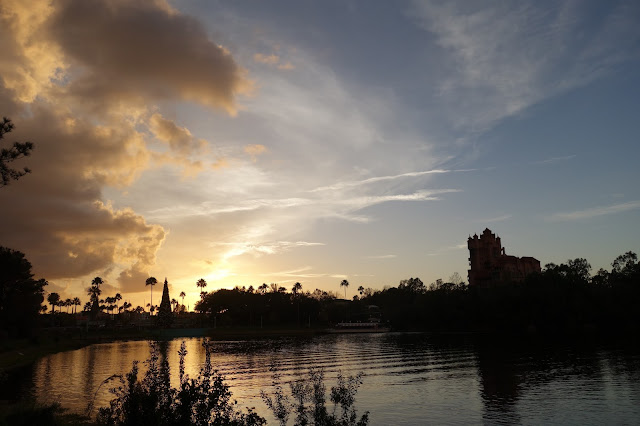 Once in Epcot, we headed to France so I could get a peppermint macaron ice cream sandwich before they are off the menu for the season. I found it very bland, actually. 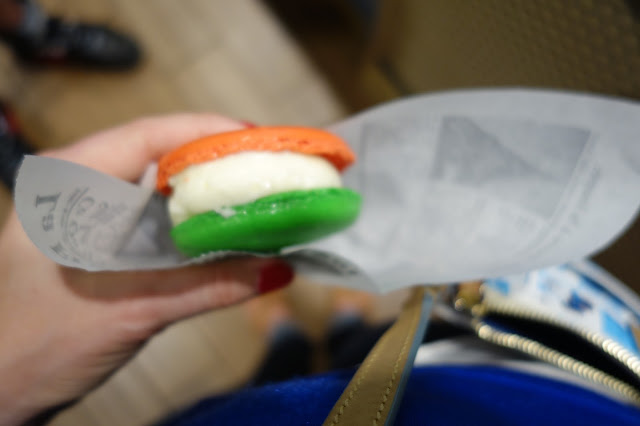 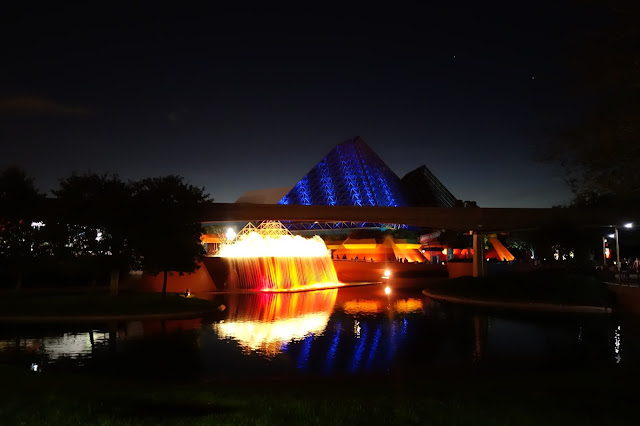 Next we hit up Living with the Land to see the sprinkling of Christmas lights throughout, and to ride at night. It's neat seeing the biodome in the dark. 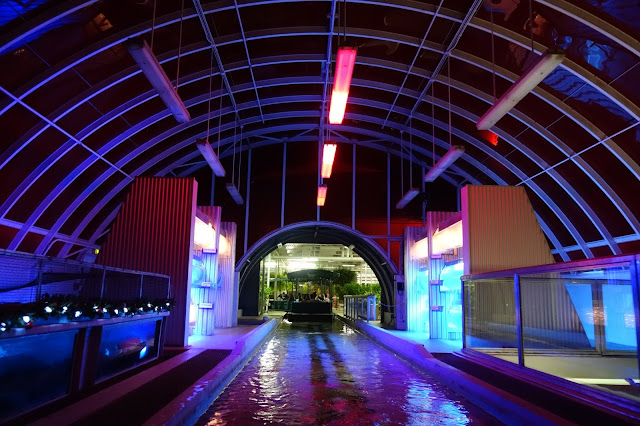 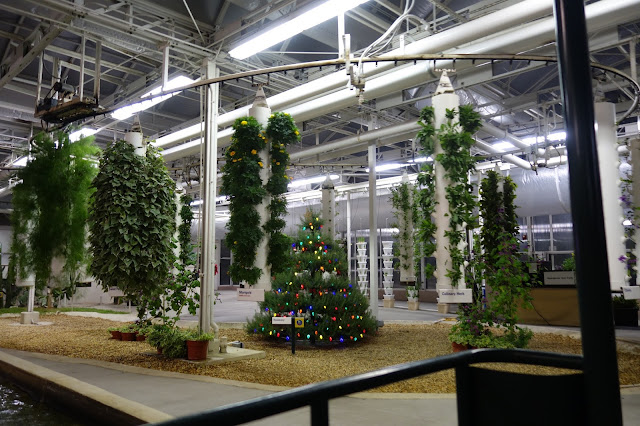 Saturday dawned cloudy and cool. John and I headed to Islands of Adventure to get in one last day of fun before our Annual Passes expired on January 3rd. I wanted to see the Grinchmas holiday special, and eat at Mythos (which was rated Best Theme Park Restaurant in the World by ThemeParkInsider.com for a bit. ) 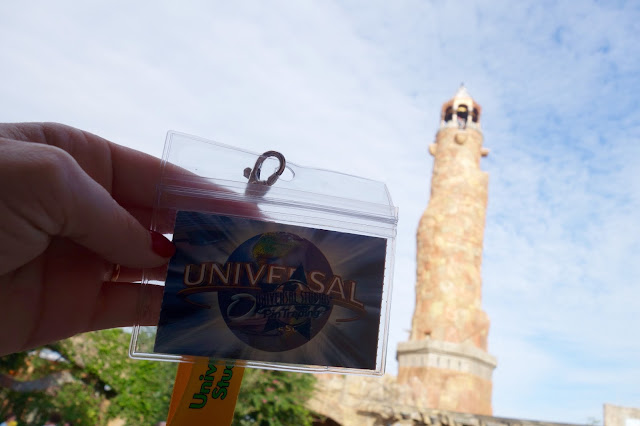 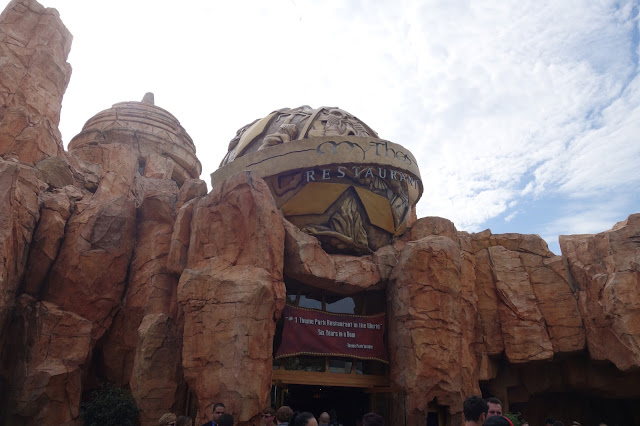 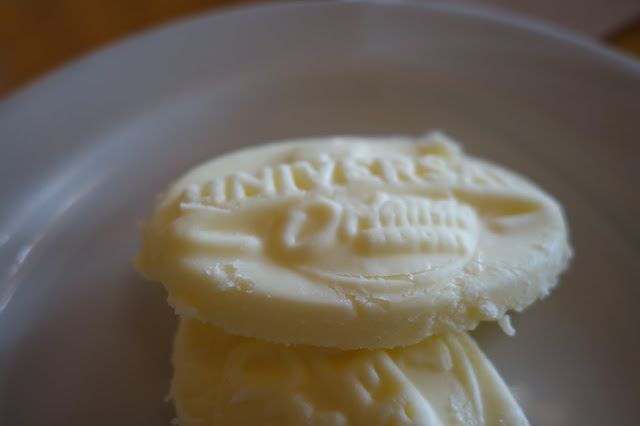 I had the Tomato Soup (yum!!) and pork panini (ok). John had the Mythos burger. He really liked it. 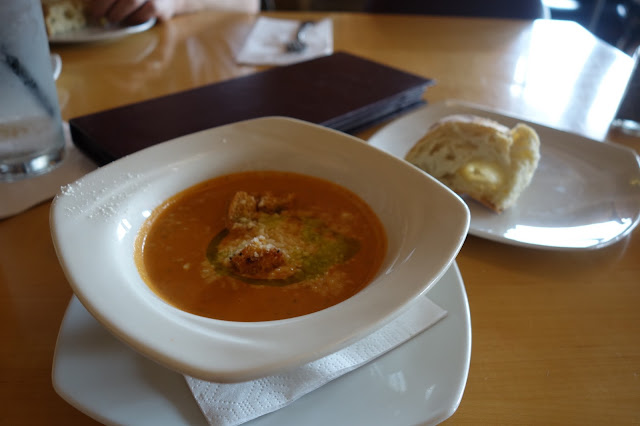 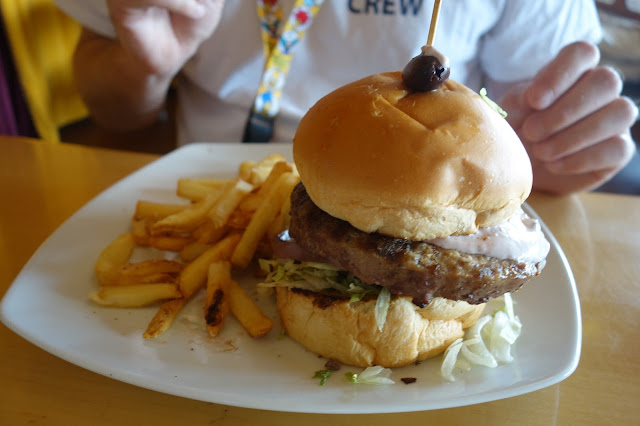 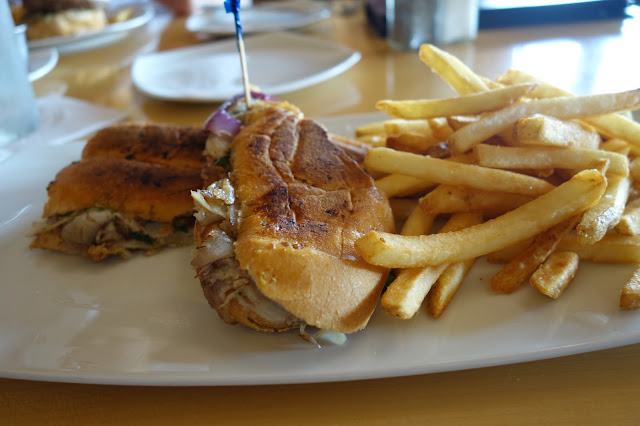 We headed to Seuss Landing to see the holiday decorations show. 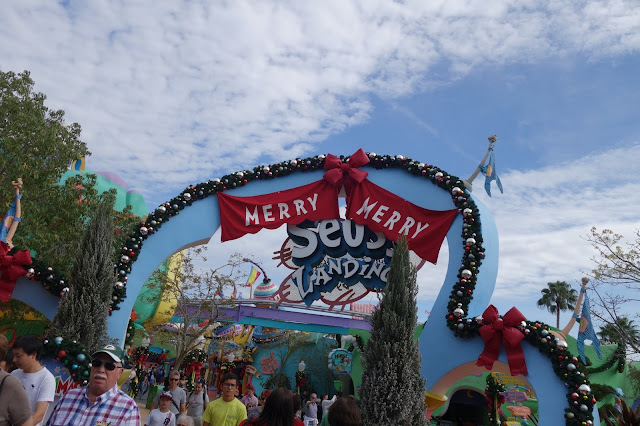 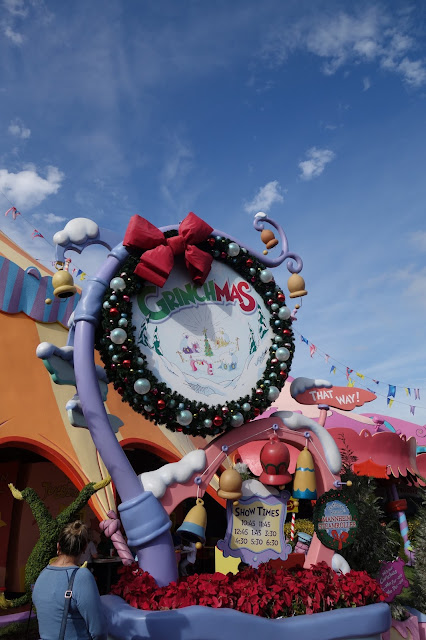 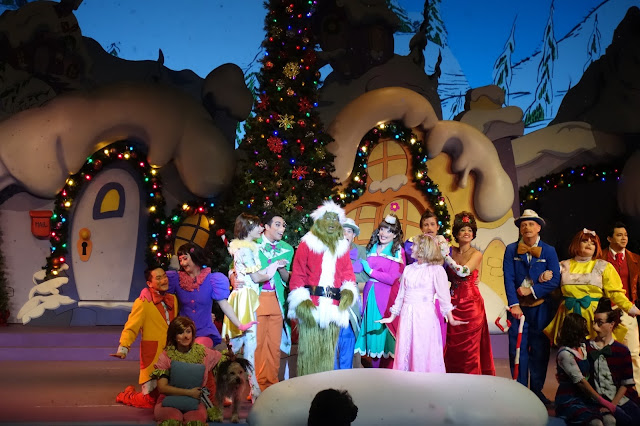 The show was cute; I don't feel the need to see it again though. Glad we checked it off our list.

Before leaving, we headed back for one last glimpse of Hogwarts. I tried a Pumpkin juice (ew) and, even though I know I don't like them, I wanted a churro. They just smelled SO GOOD! Sure enough, disappointment. I don't know what it is-- the after taste is nasty to me. Like old cooking oil or something. I know they're a fan favorite, but I just don't get it.

When we bought our passes last year, we opted for the highest tier which includes valet parking (awesome--we've used that SO much), a ticket to Halloween Horror Nights (fun!) and eight bottles of water per person. Well, between the two of us, we had six coupons left. We stopped into a gift shop and got a bag, then cashed in our coupons and walked out with a bag full o' water! 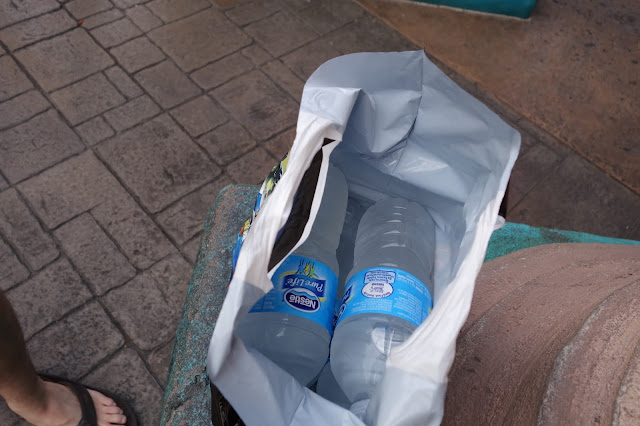 Sunday was spent busy around the house- we cleaned the bathrooms, cat litter area, did four loads of laundry, made a delicious Mediterranean orzo salad to have for lunch through the week, organized the guest room, clipped coupons, vacuumed the couch, organized our calendars for the year, sharpened knives, and cooked up a big batch of chili for dinner. It stayed in the high 50's all day, so we had the windows open. It was the perfect night to enjoy a bowl of chili while watching HGTV.

My cozy fleece PJ pants are currently on sale at Nordstrom.com; they were $40, now $27. Nordstrom always offers free shipping and returns, too. My J.Crew slippers are a favorite; I get a new pair for Christmas every year. They're on sale for $39.90 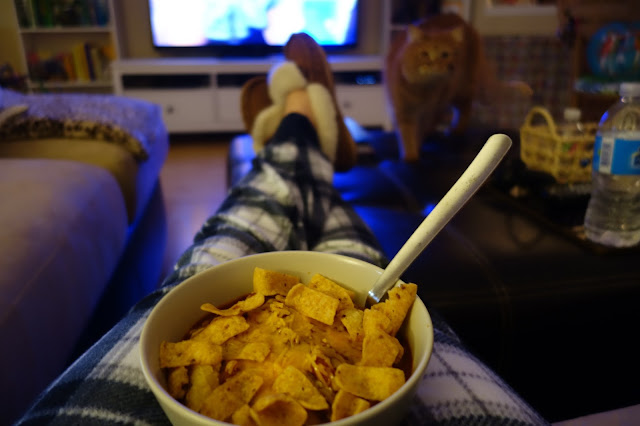 Posted by Dressing for Disney at Monday, January 04, 2016