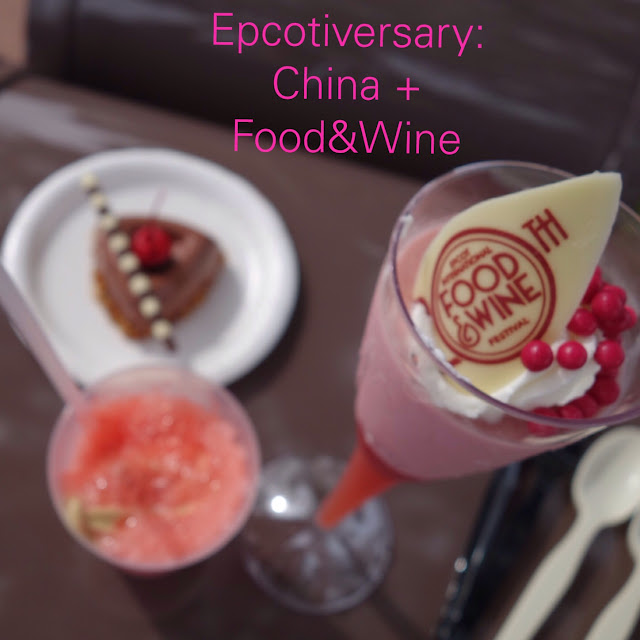 Hey. So. It's only almost three months after the fact, but heck, here's our Epcotiversary from November. The country we pulled out of the Epcot mug was China. With the Food & Wine Festival winding down, and us having eaten in both restaurants in China's World Showcase before, we decided to kill two birds with one stone and try the F&W offerings from that country (along with the other items I had on my 'must-try' list before the Festival ended). 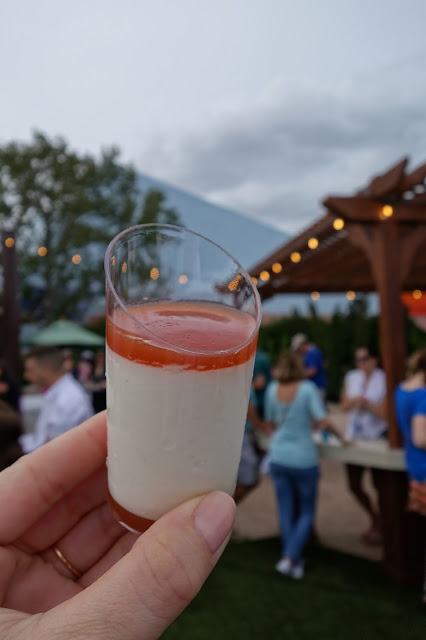 We started off at the Cheese booth to get the Goat Cheese Panna Cotta. I love goat cheese; this reminded me of a goat cheese flavored greek yogurt. 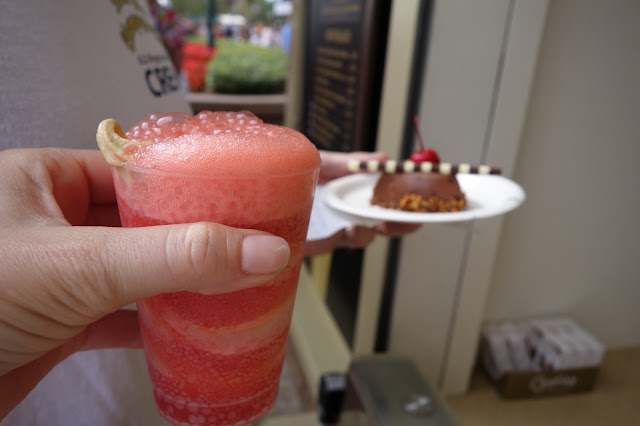 Next stop: the Dessert and Champagne booth. There were three, count 'em three offerings I wanted to try: the Chocolate Cherry Explosion, Cream Soda Float, and Strawberry Champagne Mousse. Everything was delicious. Thus begins the 'trash can dining' portion of the evening. 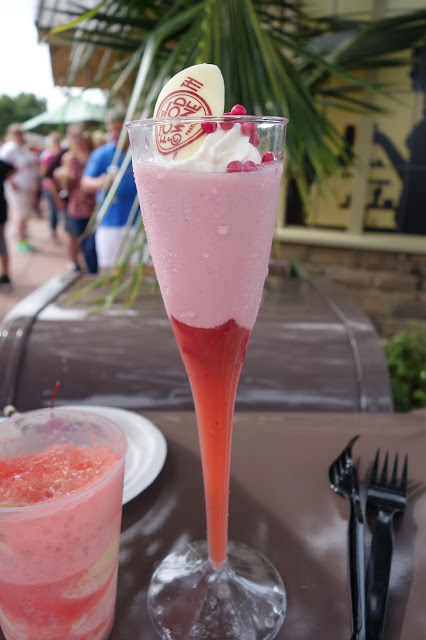 We tag-teamed the next few stops; John hit up France for Braised Beef and Escargot, and I swung by Belgium for a Chocolate Waffle and Pot Roast Waffle. 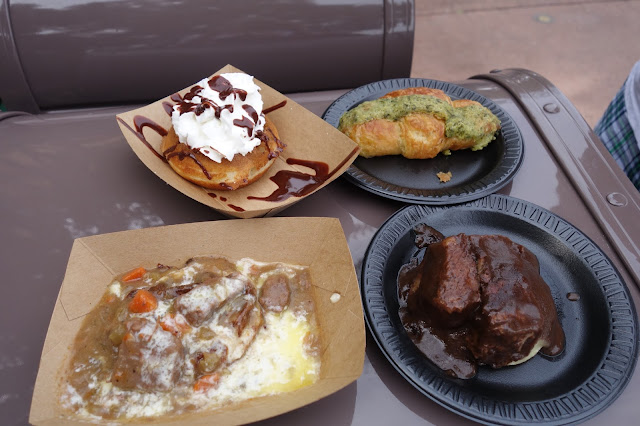 Saw this cool cup in Tangerine Cafe in Morocco. I wonder if other countries/eateries are getting their own unique glassware? 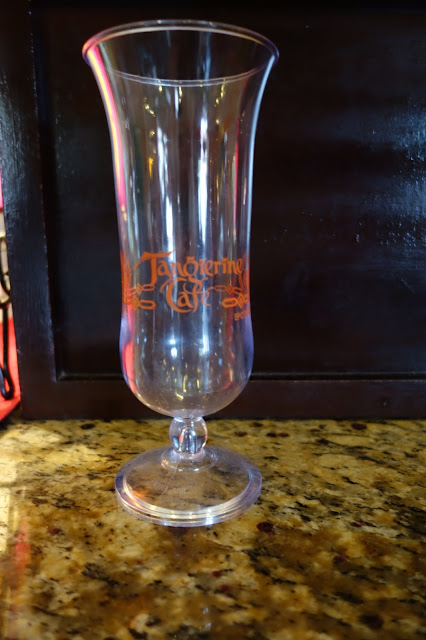 As we rounded the bend out of Germany, we ran into my friend Sue. We used to teach at the same school. She and her man (who called himself Dan; any Beatles fans in the house? But really, his name IS Dan) were picking up their Passholder port glasses. We chatted for fifteen minutes or so, then headed on. 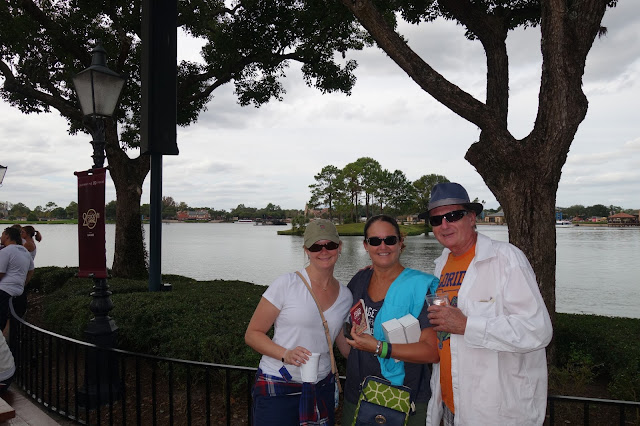 Finally, the country we came for. In China we split some Potstickers and Shrimp Noodles; both were yummy. 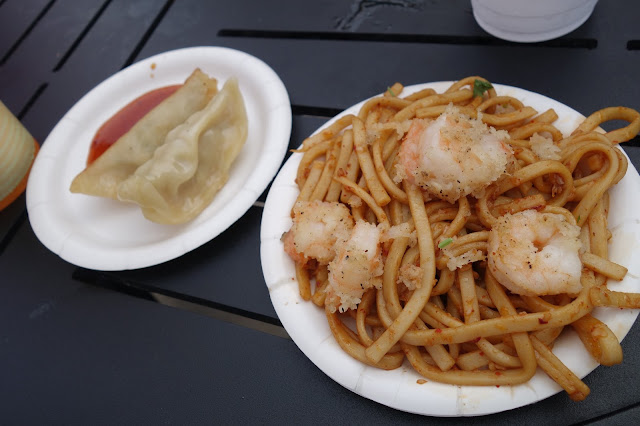 As we headed out, I persuaded John to take a cheesy Photopass picture with one of the custom frames they have out for special events. How much Food & Wine is too much Food & Wine??? When you're holding the sign like this, it's time to go... 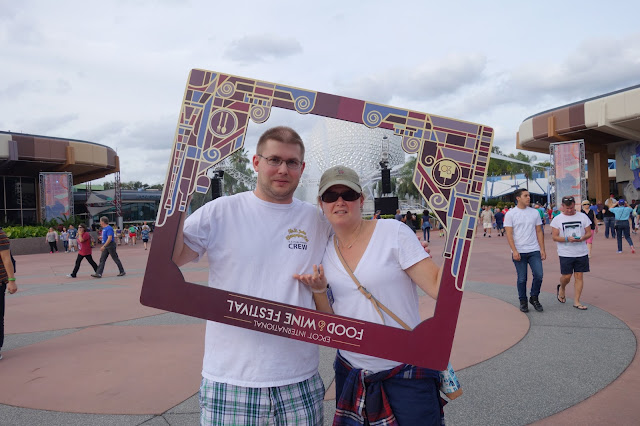 No Epcotiversary is complete without a selfie us-ie of some sort, preferably involving Spaceship Earth in some form or another. 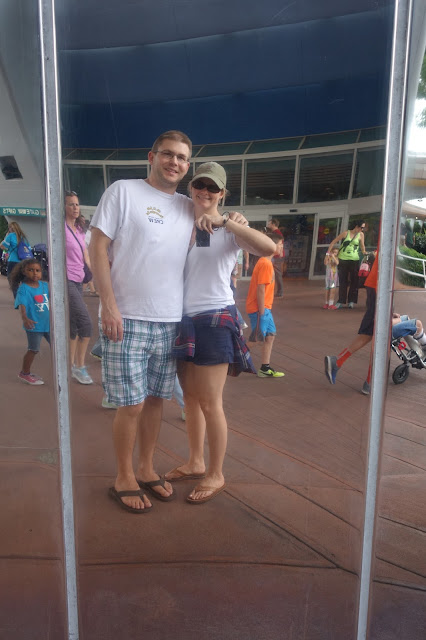 Thanks for reading. I'll post our December Epcotiversary in the next week, and then we'll be all caught up as we celebrate again on January 16!

Posted by Dressing for Disney at Thursday, January 07, 2016