Dressing for The Comedy Warehouse Holiday Special + Davy Crockett Wine + A Last Farewell to the Hat!

A few weeks ago, John and I headed to Disney's Hollywood Studios MGM to catch the final day of the Comedy Warehouse Holiday Special. 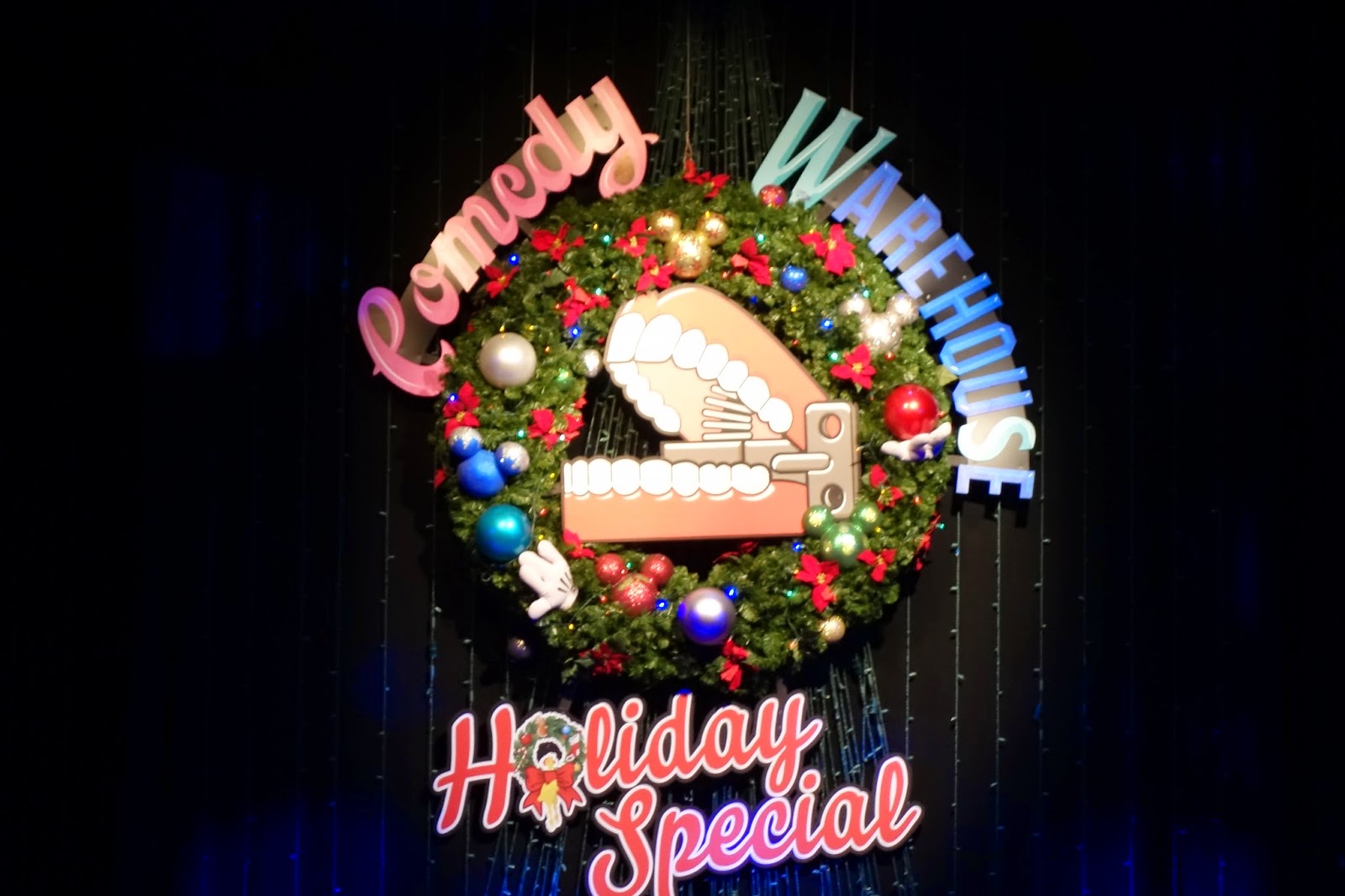 For those not familiar, the Comedy Warehouse was a comedy club (duh) that used to be in Pleasure Island. Alumni players reunite each holiday season, for a limited time, to present an improv holiday-themed show. John and I caught one showing last year, and liked it so much that we were eager to go again.

We power walked from the parking lot just in time to make the 1:45 showing, then had a beer from Min and Bill's Dockside Diner while waiting for the 2:45 show. Each performance is different based on audience participation, so essentially it's something you could see again and again. 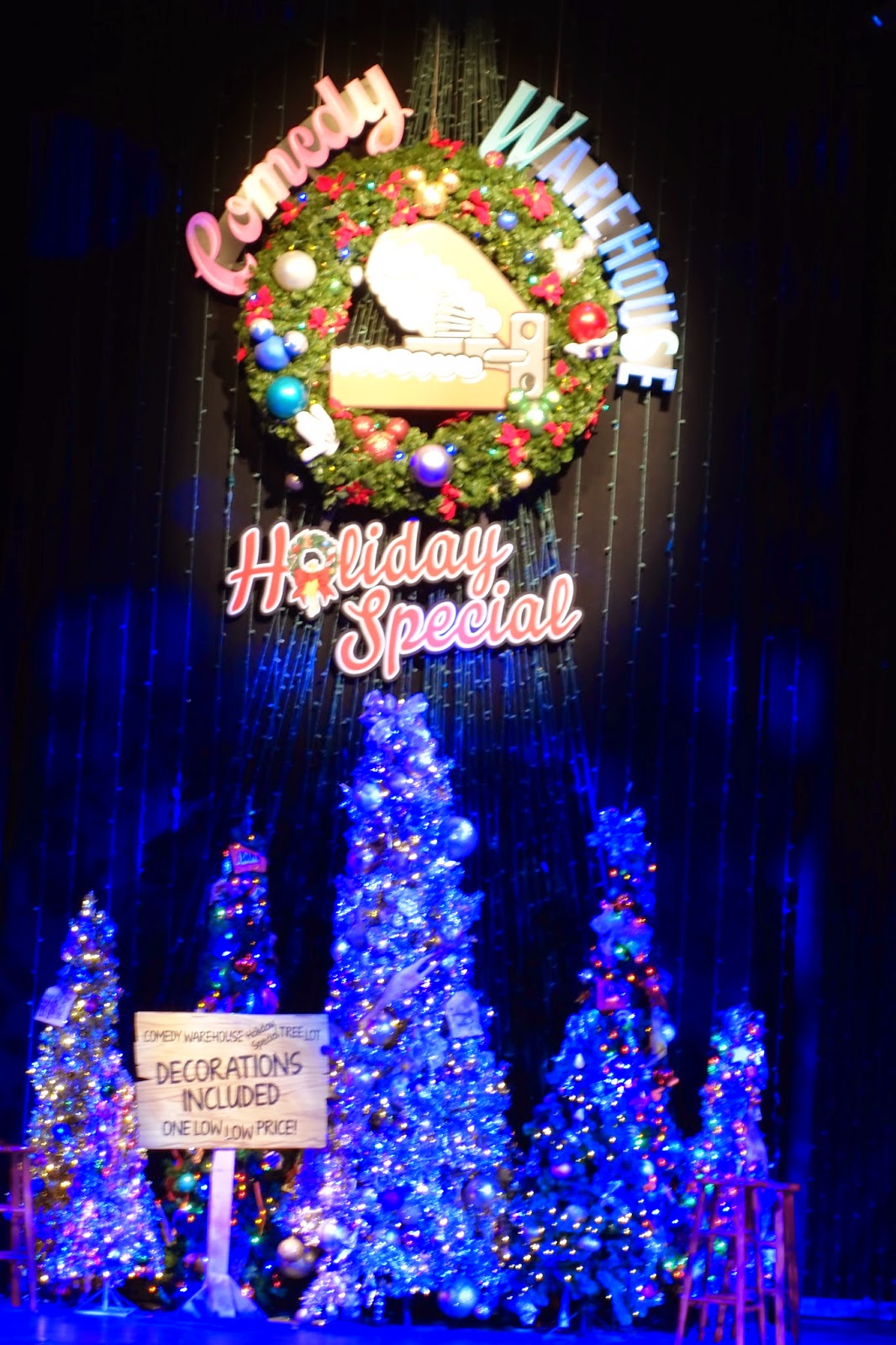 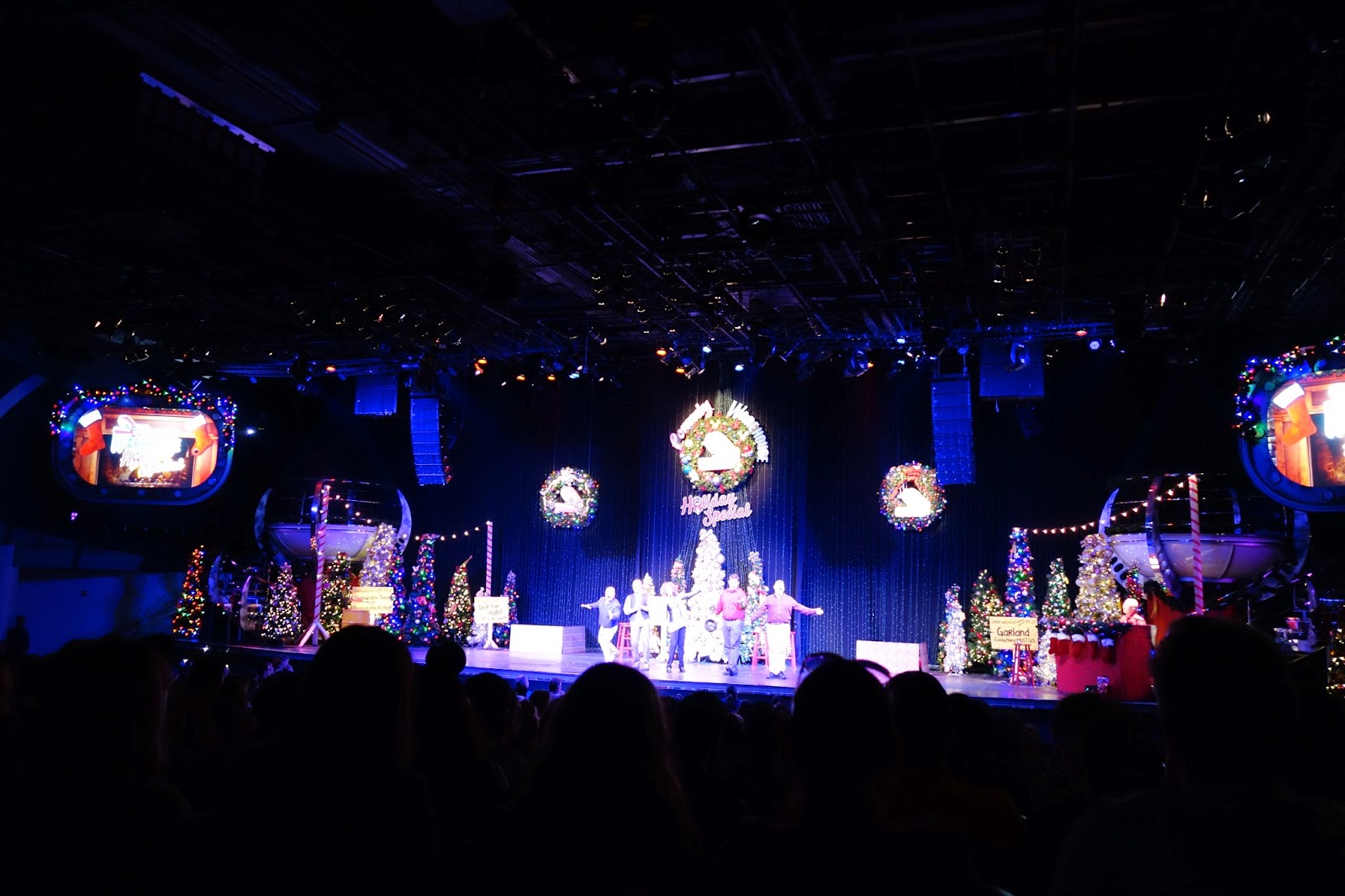 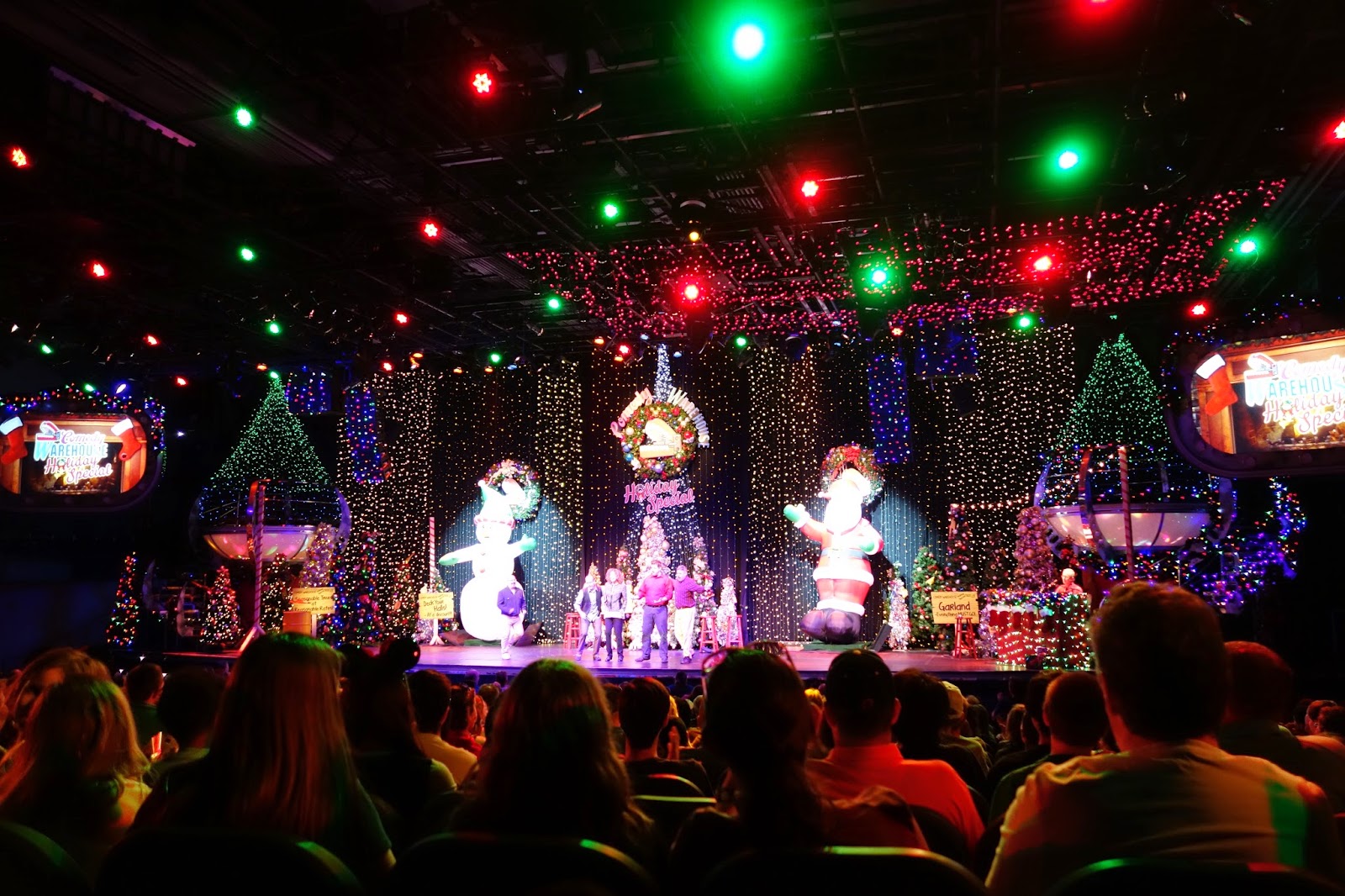 The next showing wasn't until 5:00 and we didn't want to stay that long, so we headed to the Hollywood Brown Derby Lounge. Passing the Hat on our way there, we paid our last respects (by giving it the finger; good riddance!).

It was one of those glorious Florida winter days-- 85 degrees and sunny. Just right for wearing one of the tops I got from the Lilly Pulitzer After Party Sale. AND, new year, new Rainbows. Double arches, baby! 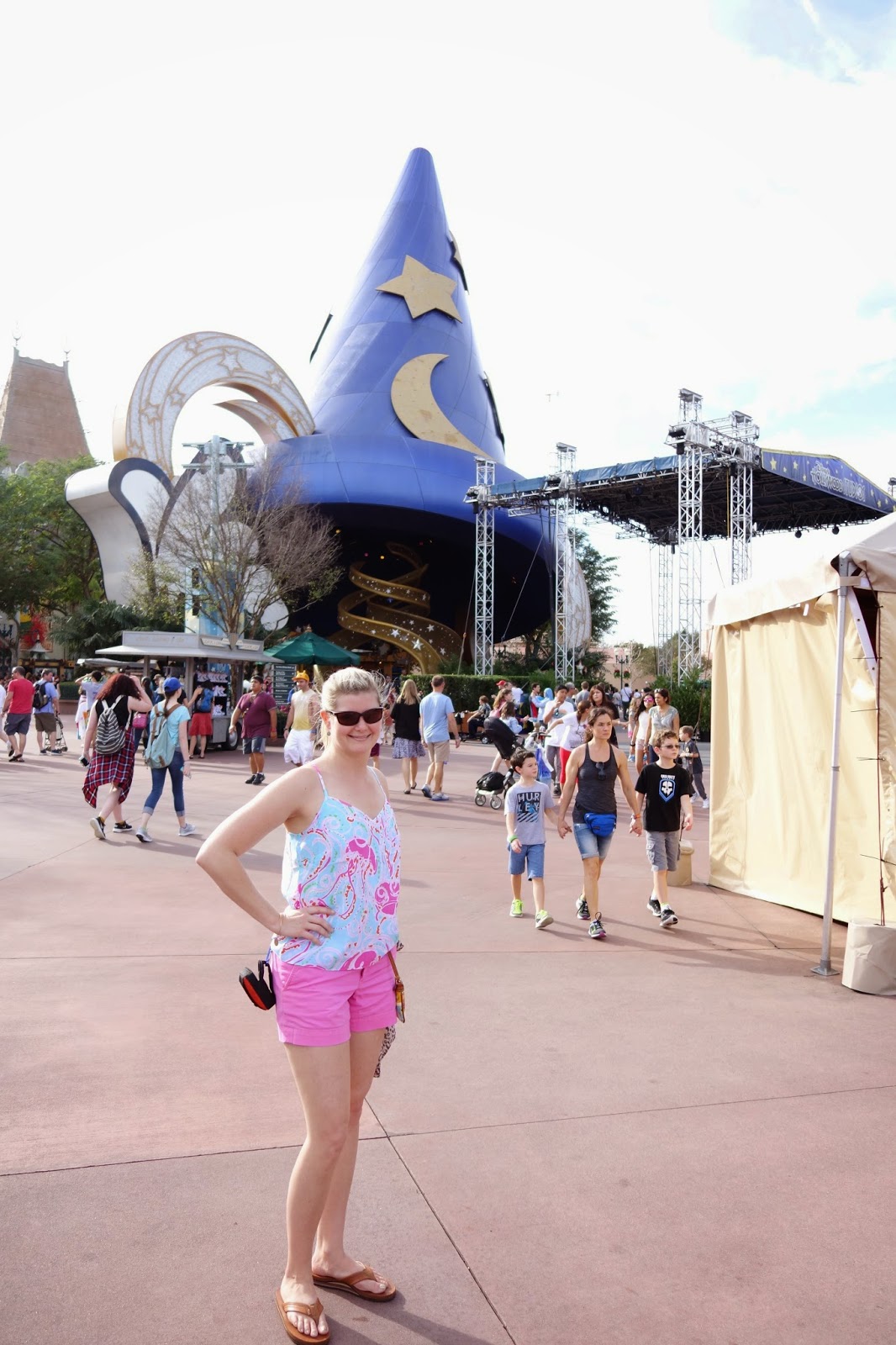 Peak season was just ending, so there were relatively low crowds, but the Lounge still had a packed house. We managed to walk up and scored the only available table - a high top two seater. Perfect!

We split a Cobb salad and I had a glass of Davy Crockett wine. Actually, it was Fess Parker Viognier, but John and I had just watched Davy Crockett on TCM's Treasures From the Disney Vault, so I was envisioning baar wrastlin' at the Alamo with each sip. 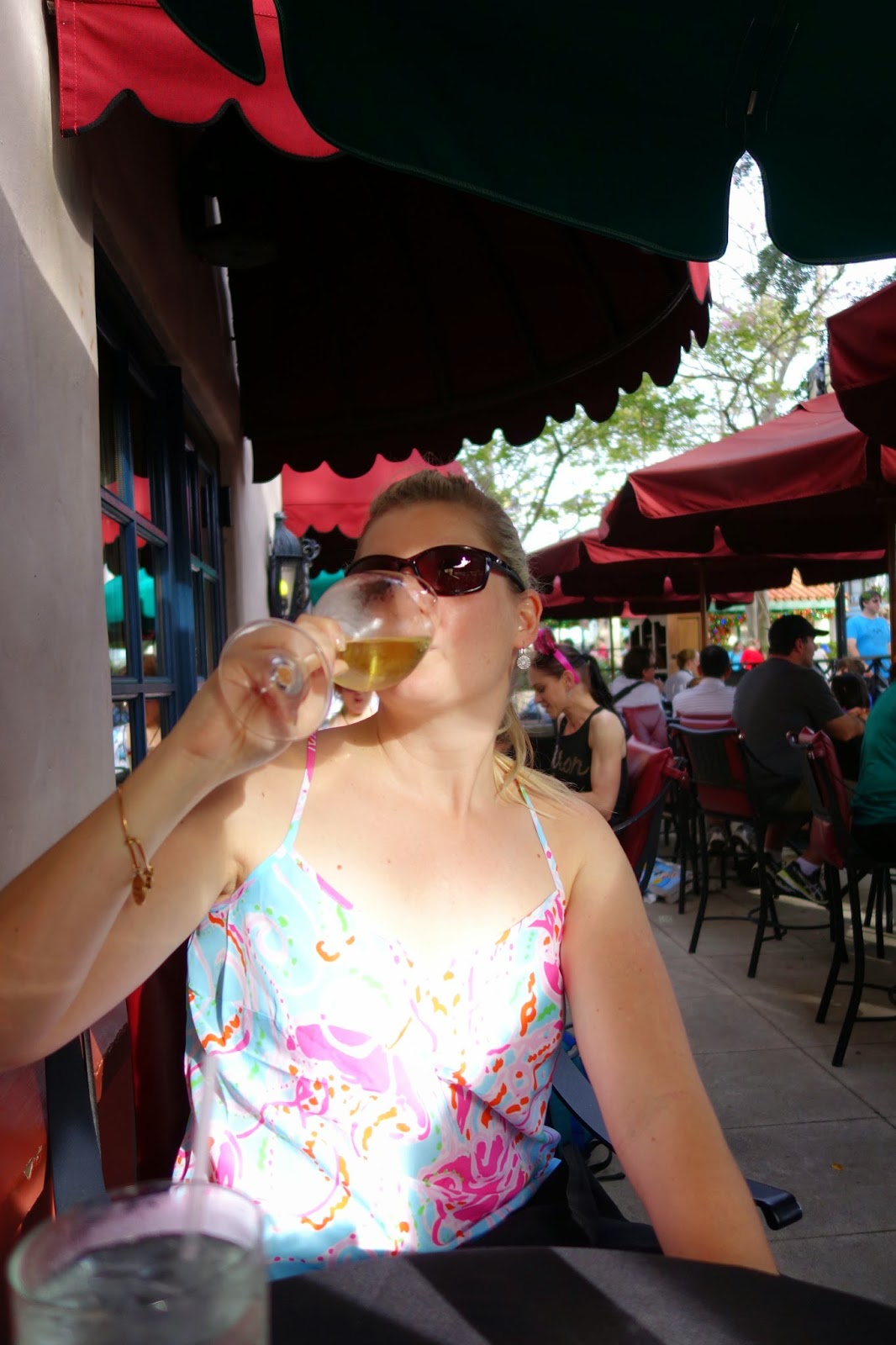 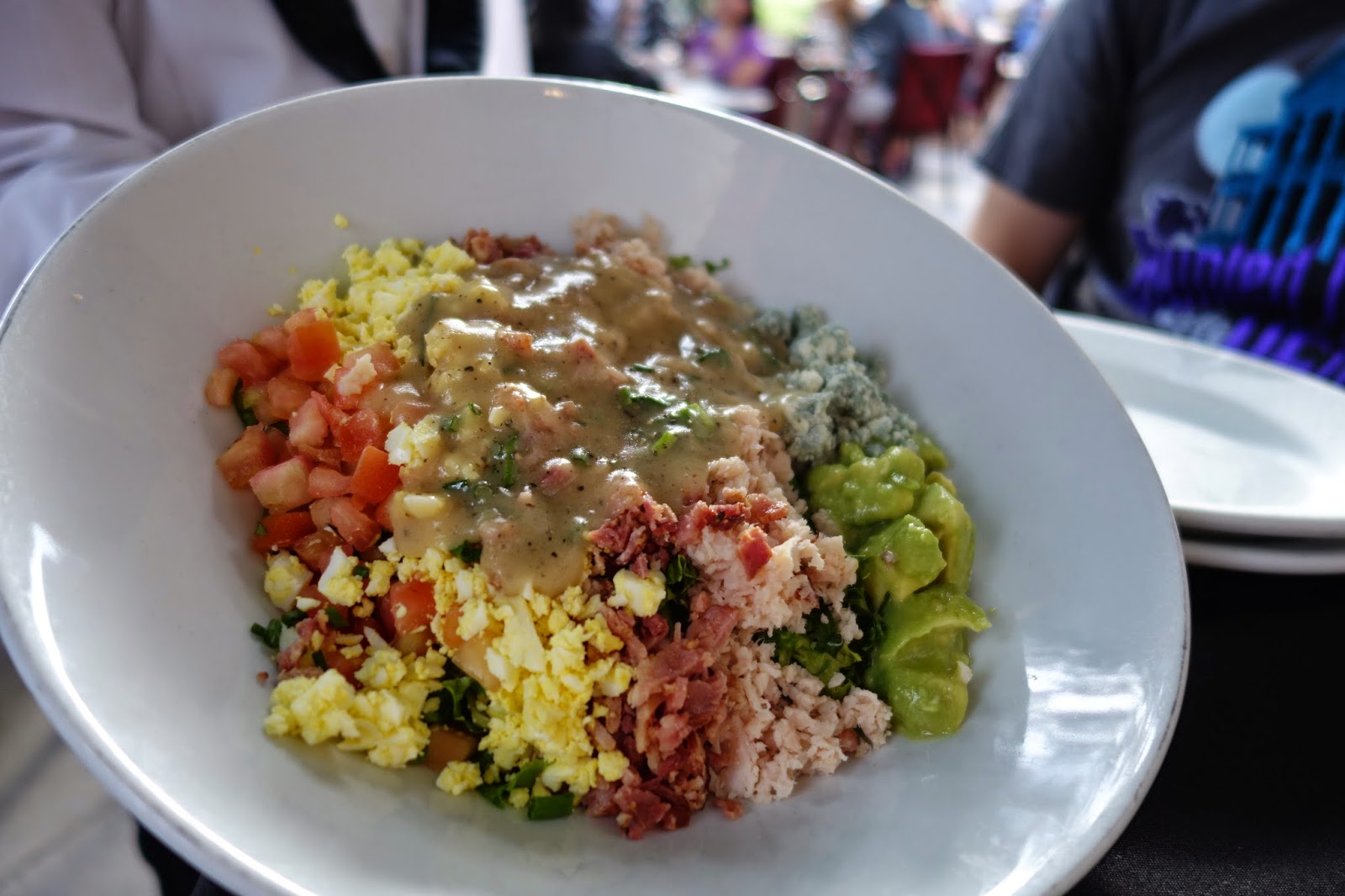 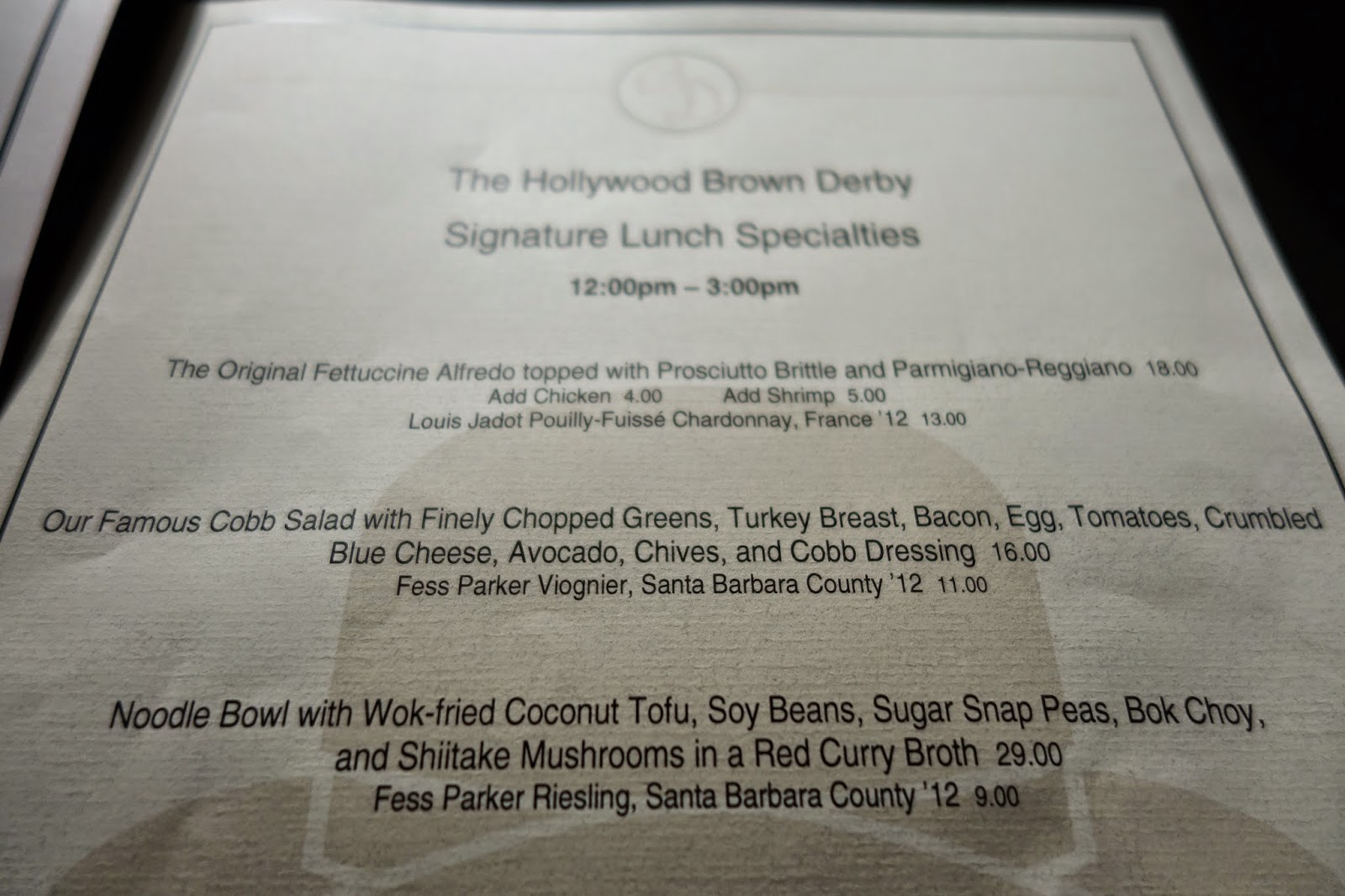 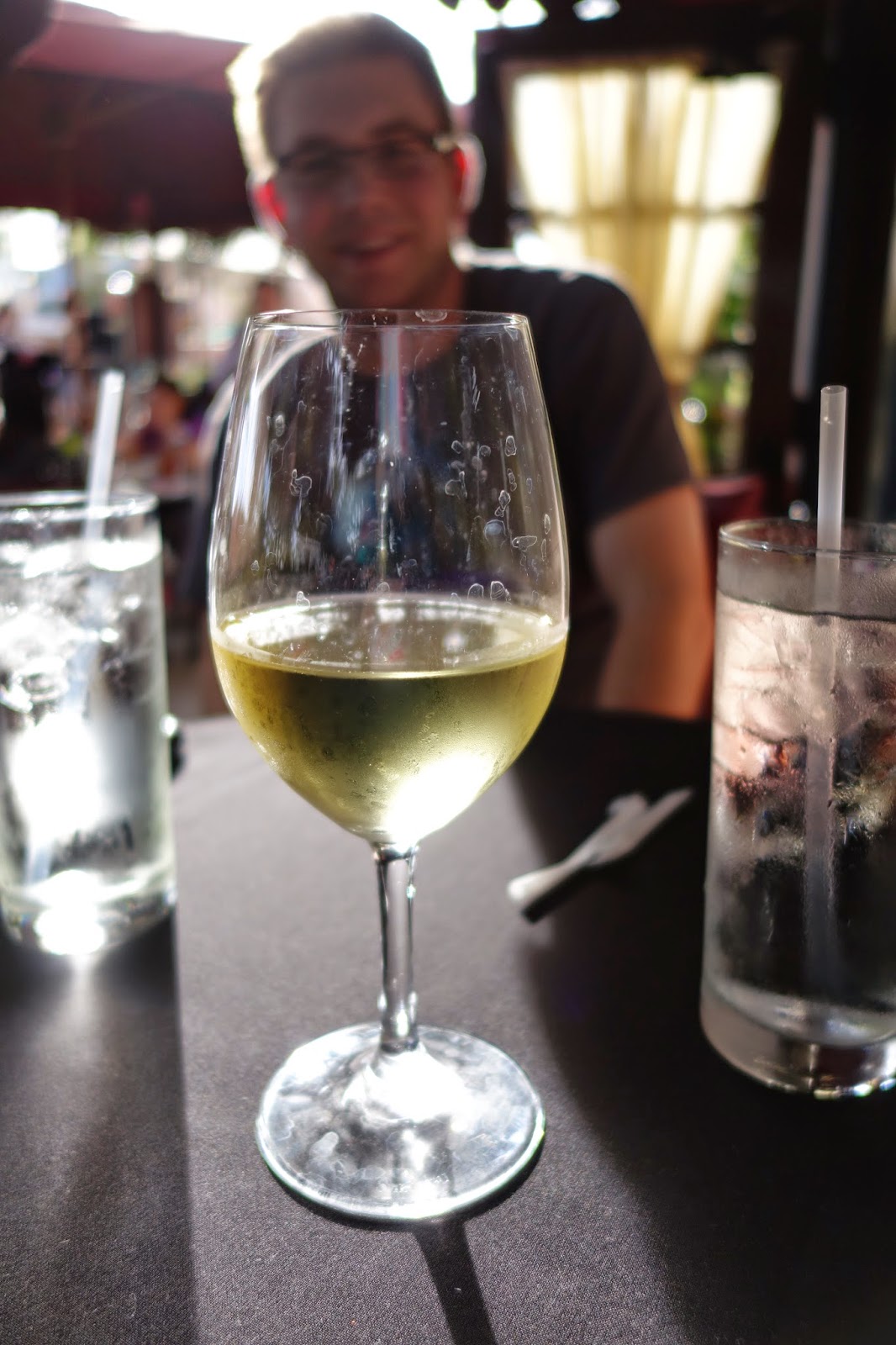 Whoever is on dish cleaning duty needs to step up their game ^^. 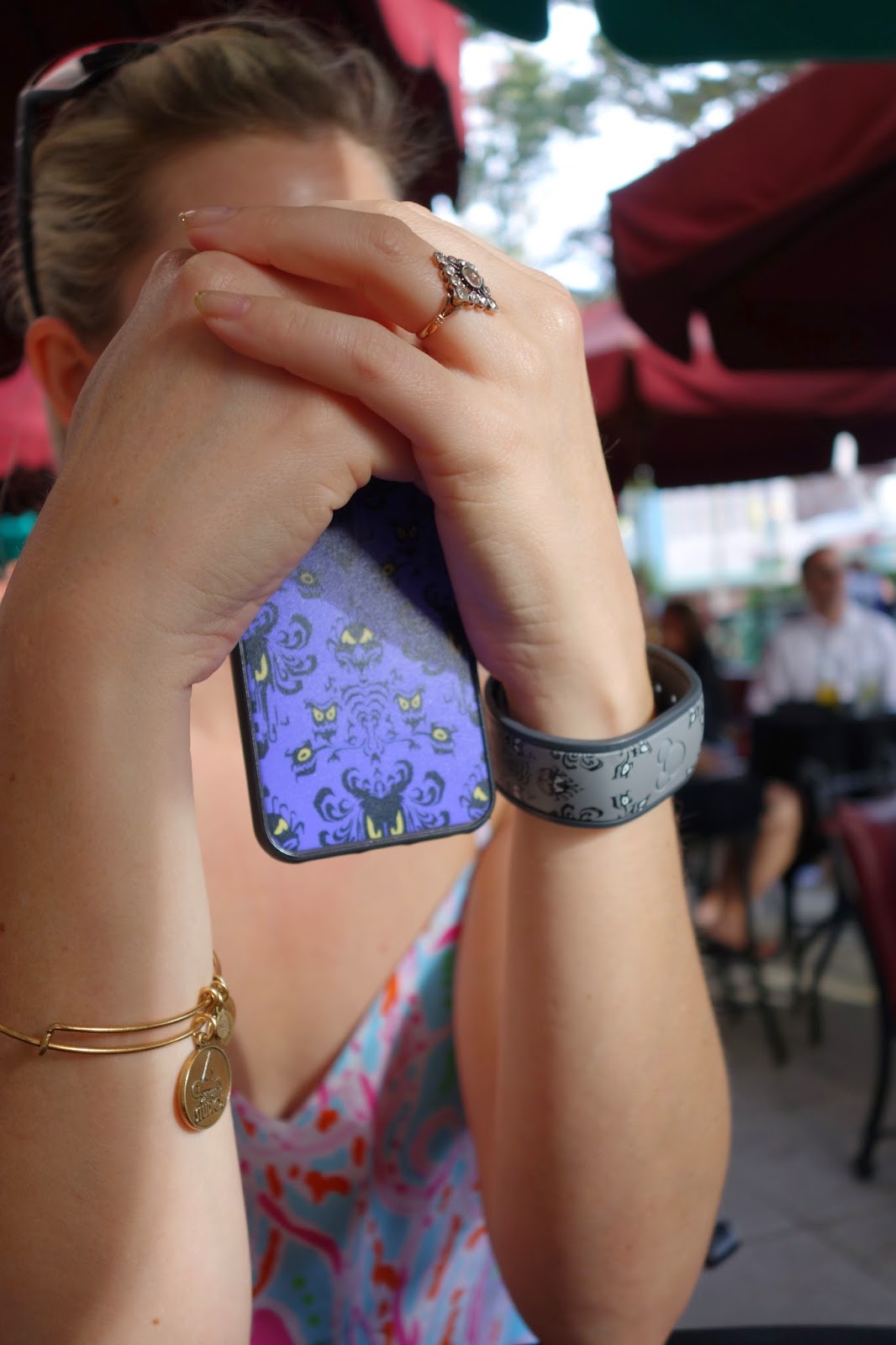 Alex & Ani DHS Bracelet (I'm curious to see if they'll release an updated version of the MGM bracelet, now that the hat is gone.) *UPDATE* I just Googled this for a link, and they're not being sold on the official Disney Store website anymore. In fact, the only place I saw any for sale was eBay- for $85 and up! Whaaa? 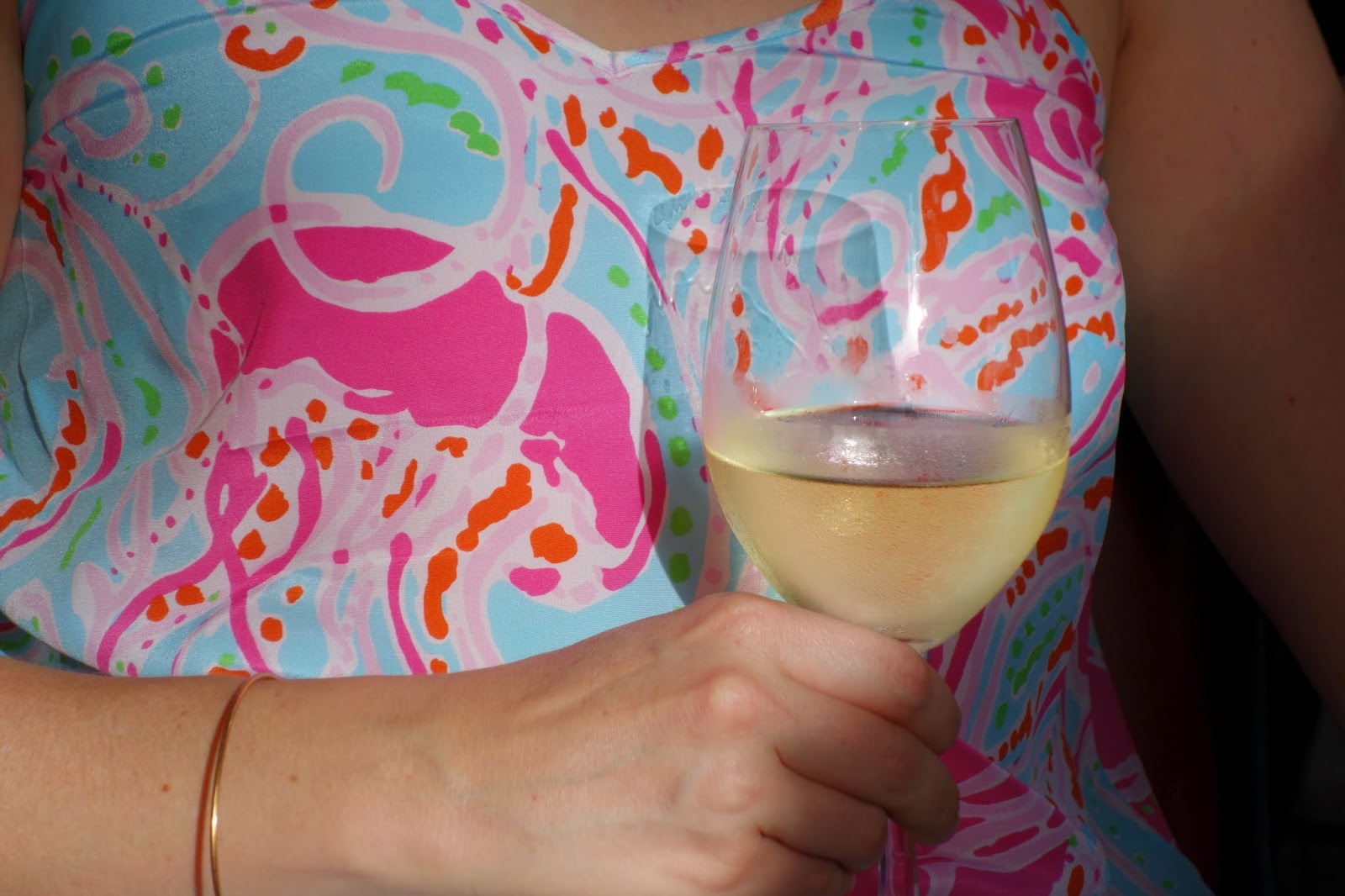 We finished our lunch and headed out. It's so great living as close as we do, and being able to pop into parks to see a few things, and leave.

You know what else is great? GOODBYE, HAT! 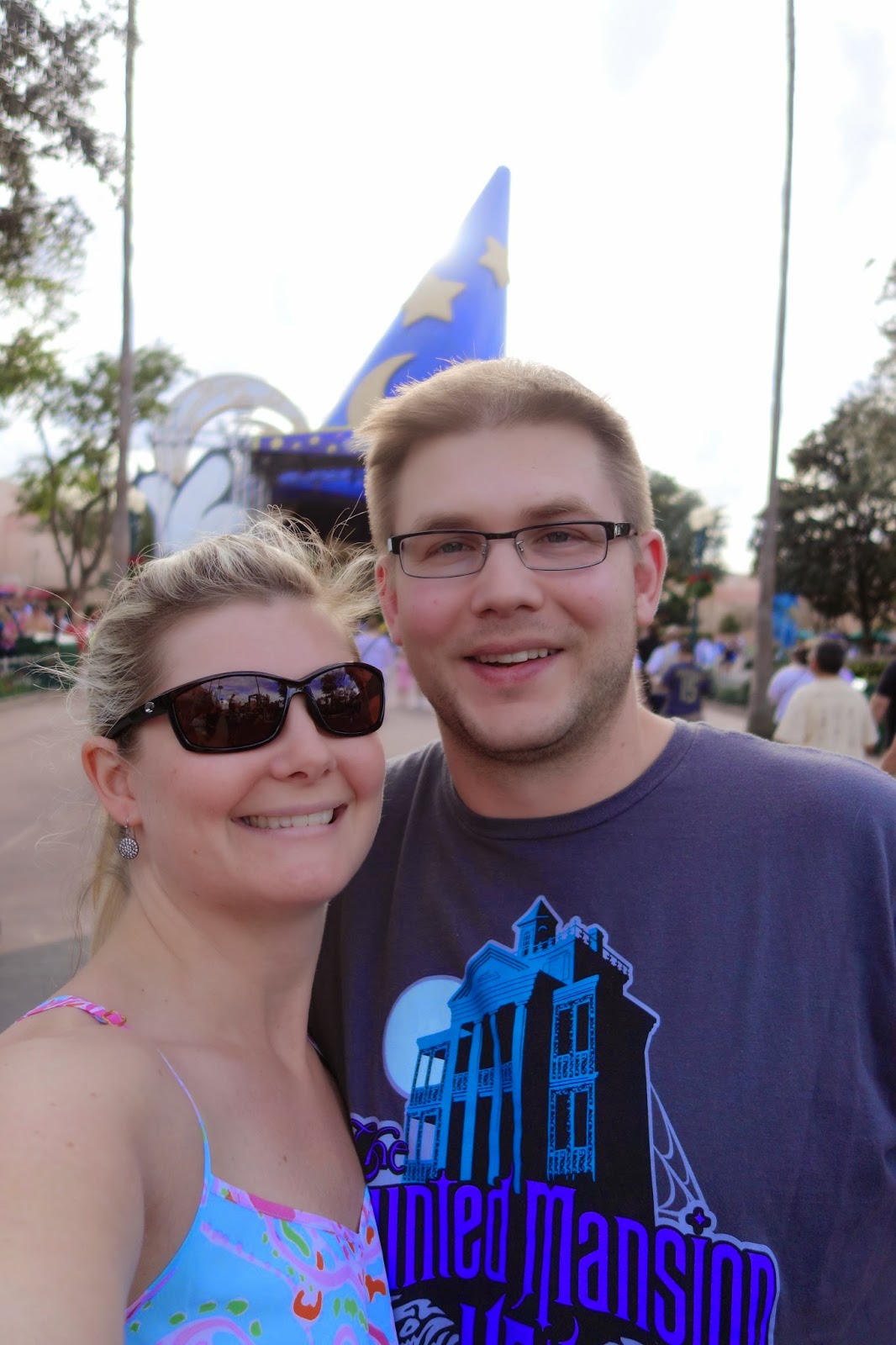 And him. He's pretty great too. In fact, it's his birthday today. Happy birthday, John!

Posted by Dressing for Disney at Sunday, January 18, 2015