**Truth be told, Will is six and a HALF months old, because his ol' mom here is the pits about getting stuff posted in a timely manner. BUT we've had a lot of (good) stuff happening on this side of the screen, which I can't wait to share with you in just a few days. 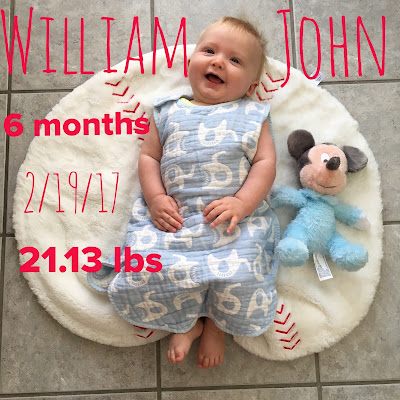 Half a year. Our little man has been with us for half a year. It seems like he's been a part of us forever.

- experienced his first Inauguration Day.
- visited the (now defunct) Artegon.
- celebrated his first Valentine's Day (and signed his first Valentines, hence the red marker all over him in the picture below).
- visited his Great Grandfather and extended family.
- tried LOTS more solid foods- he really and truly likes anything, but seems to especially enjoy pasta, nectarines, and sweet potatoes. He's also learned to suck through a straw.
- visited the theme parks at Walt Disney World countless times, and met some of our Disney friends.
- spent his half birthday in the Magic Kingdom, doing some new-to-him attractions like Country Bear Jamboree and The Enchanted Tiki Room.
- mastered sitting up independently.
- continued to get from point A to point B with his army crawl, but will push up onto hands and knees and scootch forward. He hasn't grasped the whole crawling thing yet, though
- still not gotten any teeth! He's been teething since he was around two months now, but nothing yet!

Will, you light up our life. You charm everyone with those beautiful blue eyes and dimply smile. You are so happy and easy-going and fun. We love you so much! 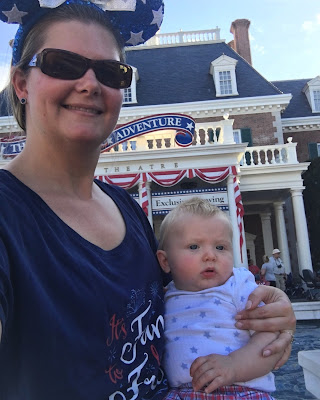 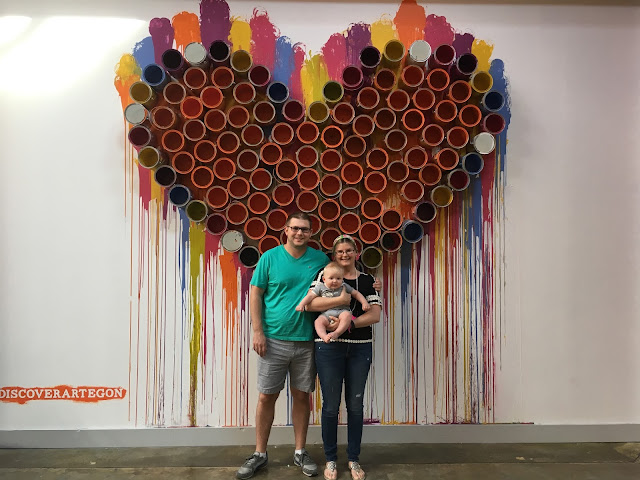 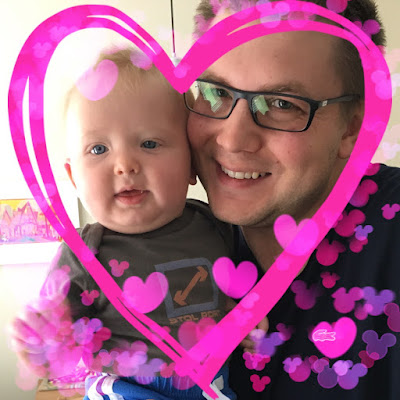 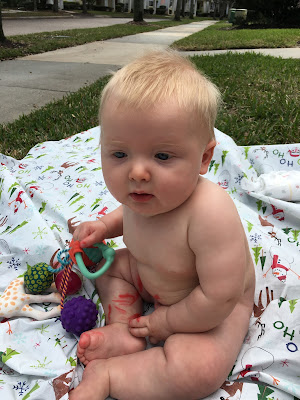 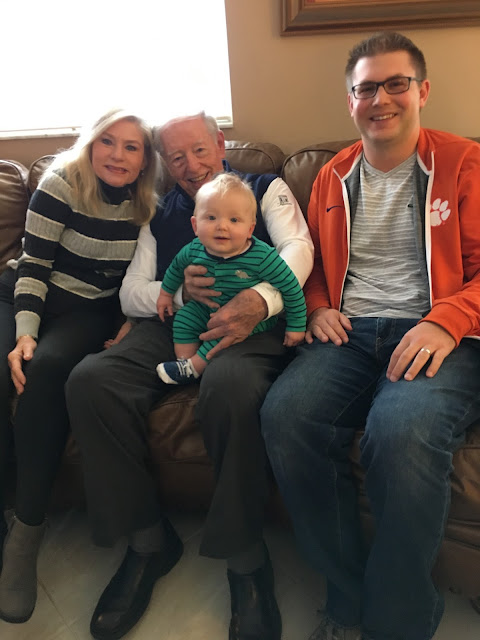 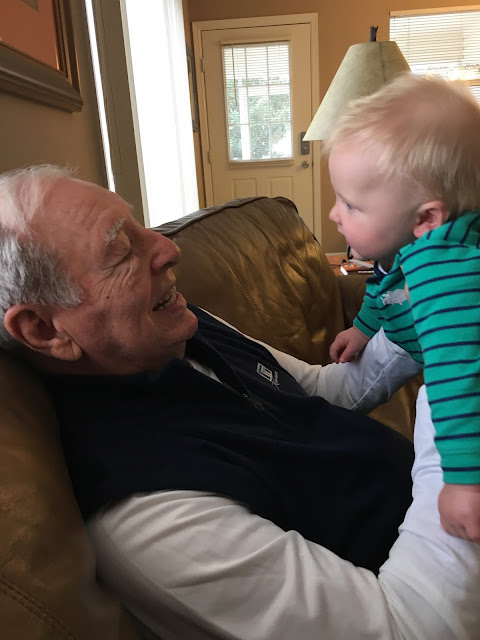 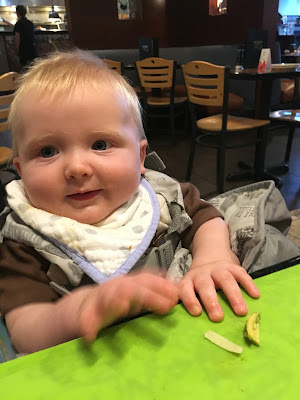 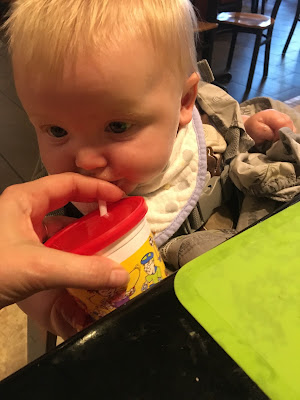 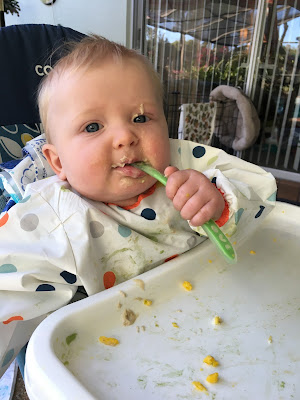 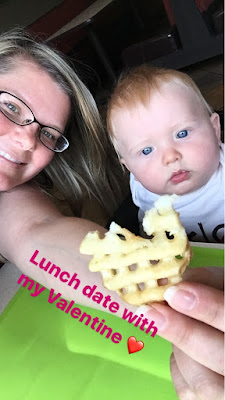 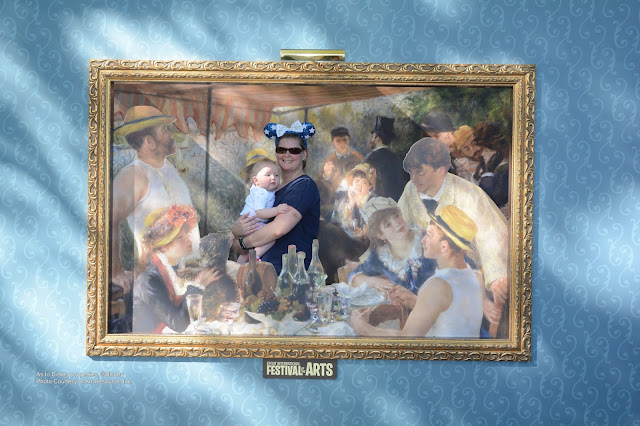 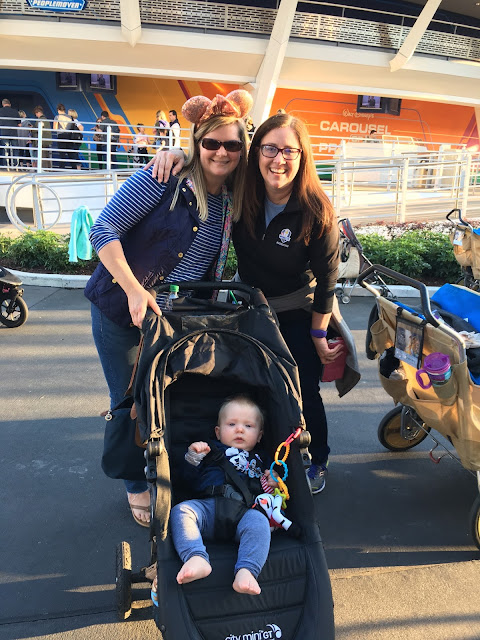 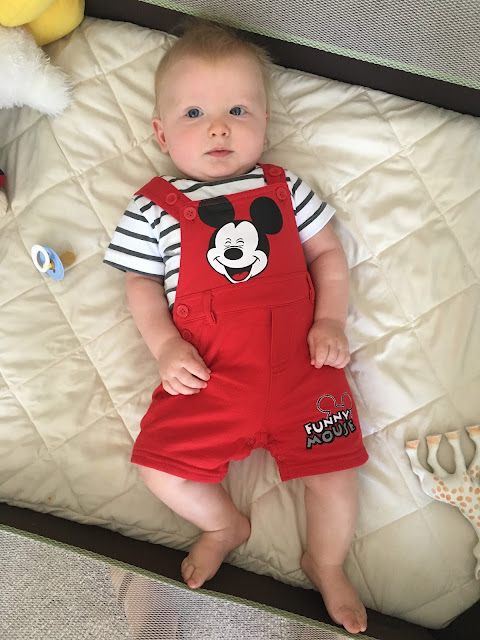 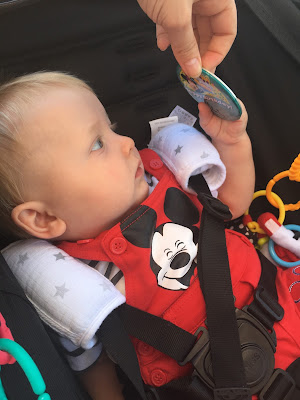 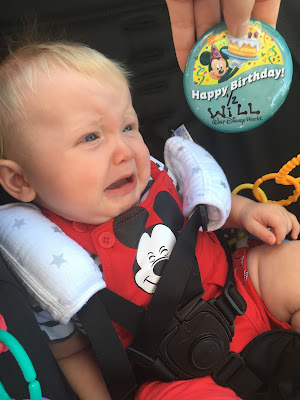 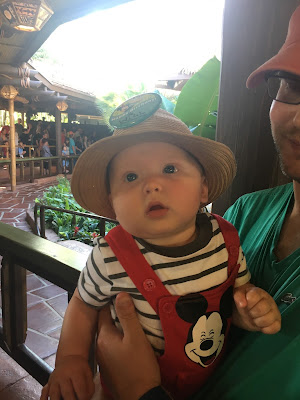 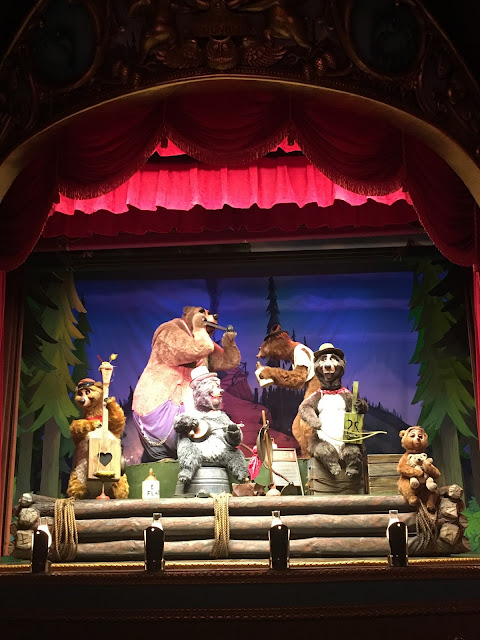 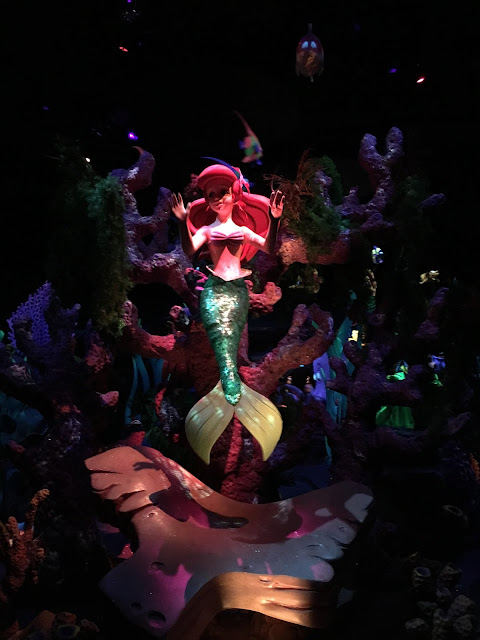 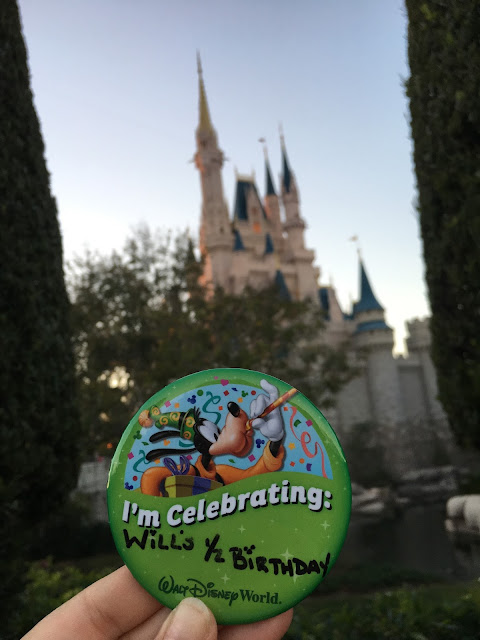 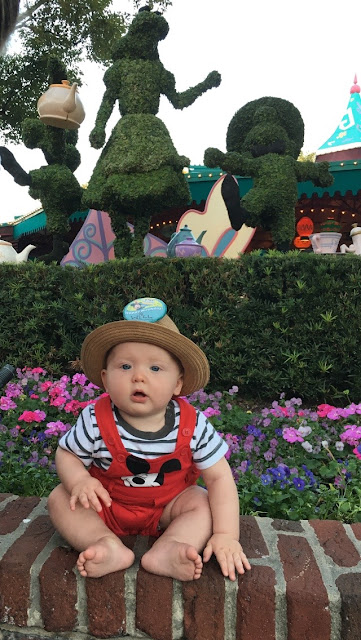 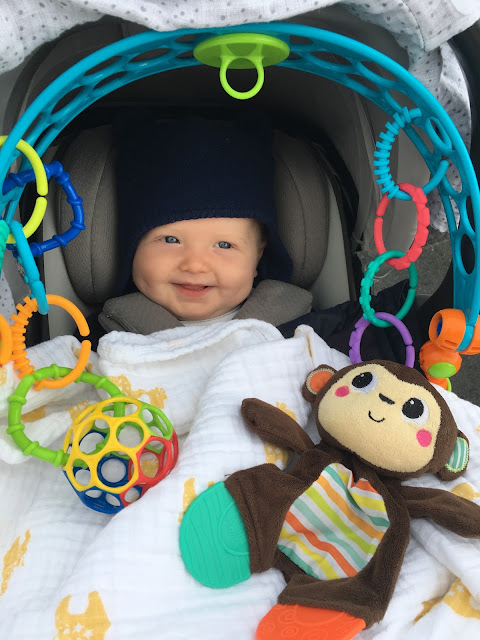 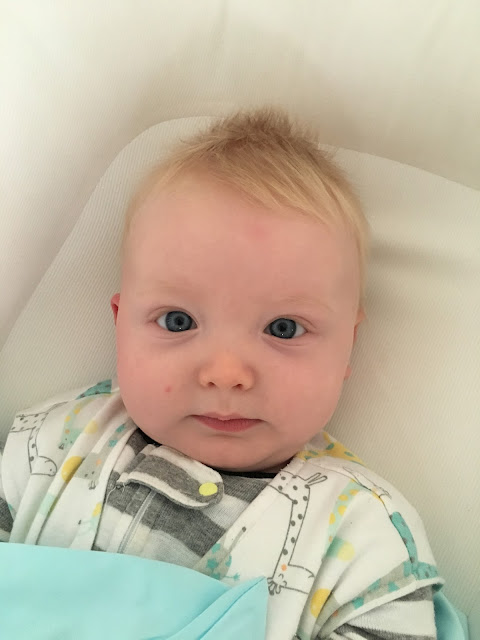 Posted by Dressing for Disney at Wednesday, March 08, 2017