Our sweet boy has graced our presence for four months now, and what a joy he is. 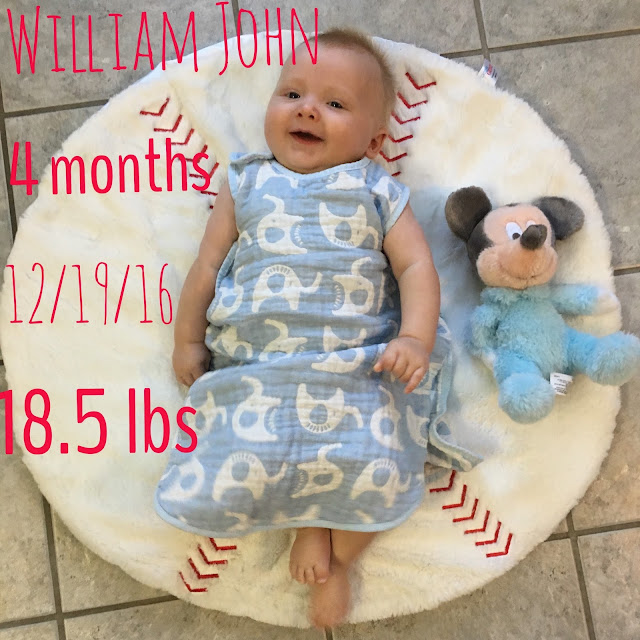 He's really become 'fun' this past month, finally breaking out of the 'fourth trimester' and blossoming into a little person with a unique personality.

In Will's fourth month, he:
- laughed out loud
- sat with support
- learned to roll over; he favors rolling to his right
- become very grabby, reaching for everything in sight
- ramped up the vocalizations and chatting
- started real foods. He prefers rice cereal over oats, and has so far tried pears and squash. The kid'll eat pretty much anything though. He loves his chow.
- visited Santa
- spent the weekend at Nana's so Mommy and Daddy could have a date night
- celebrated his first Thanksgiving
- seamlessly began sleeping without a swaddle, and moved to his crib 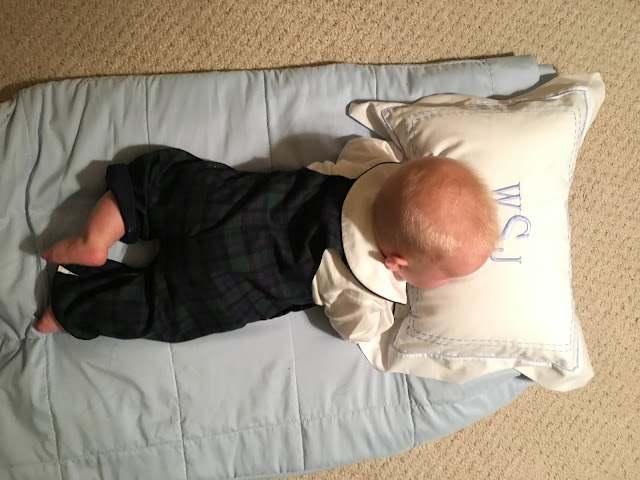 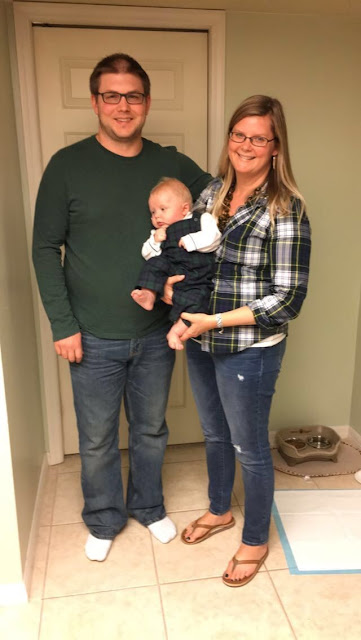 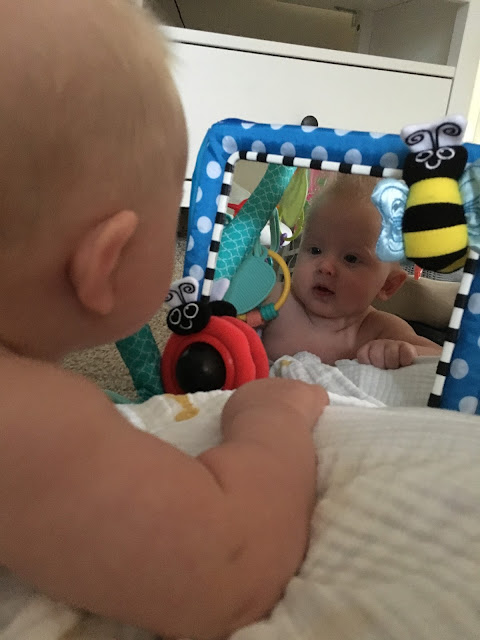 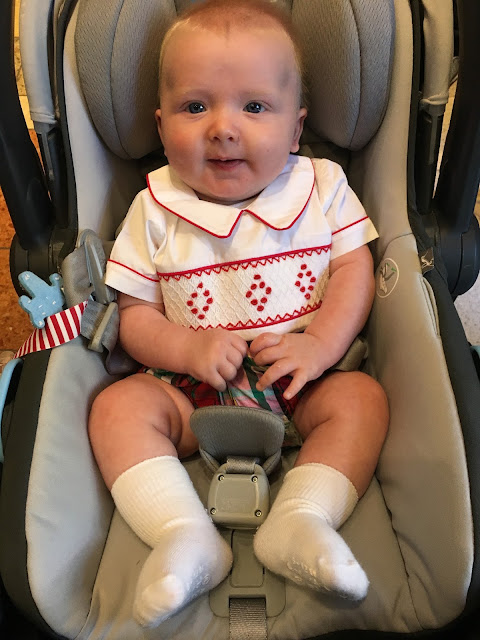 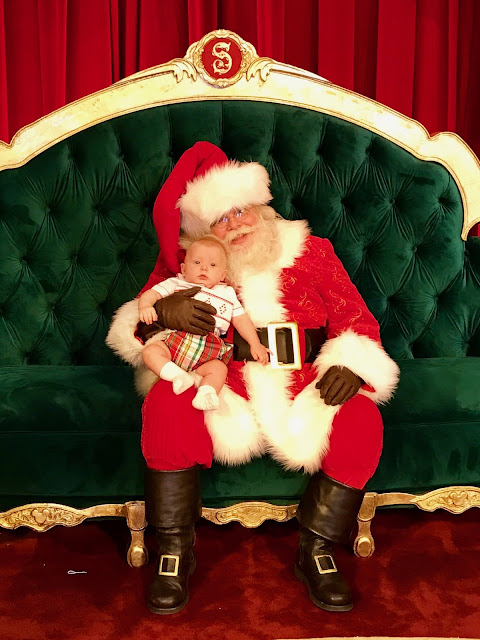 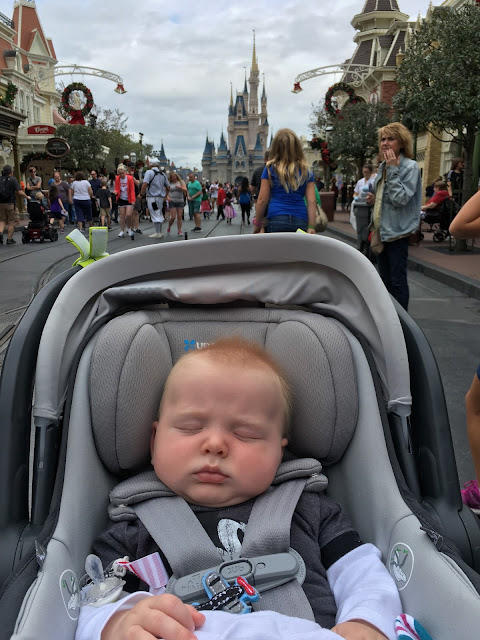 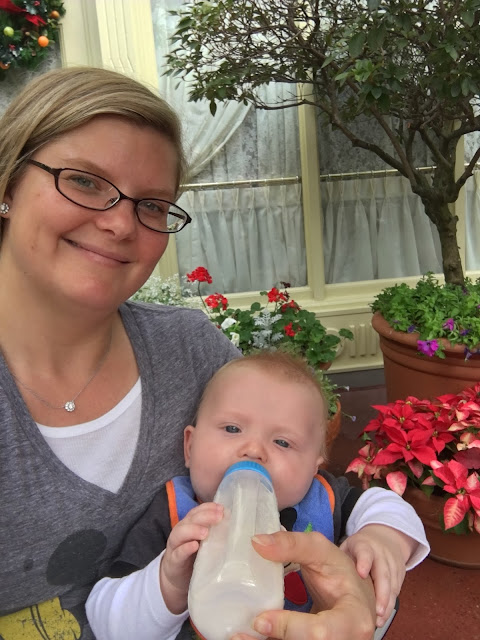 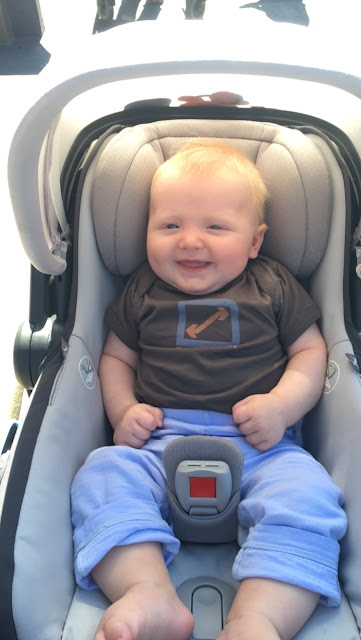 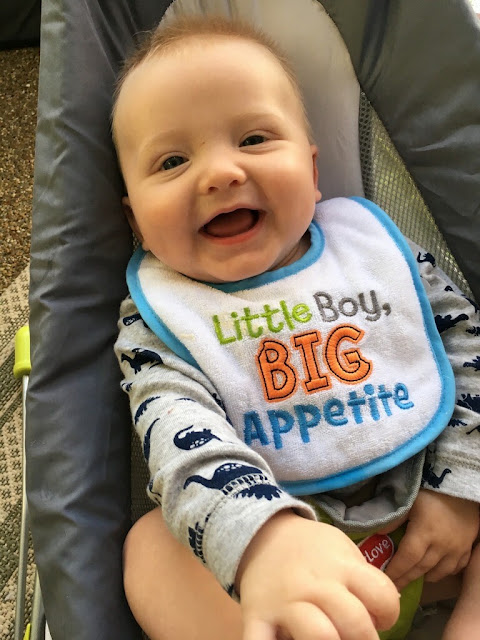 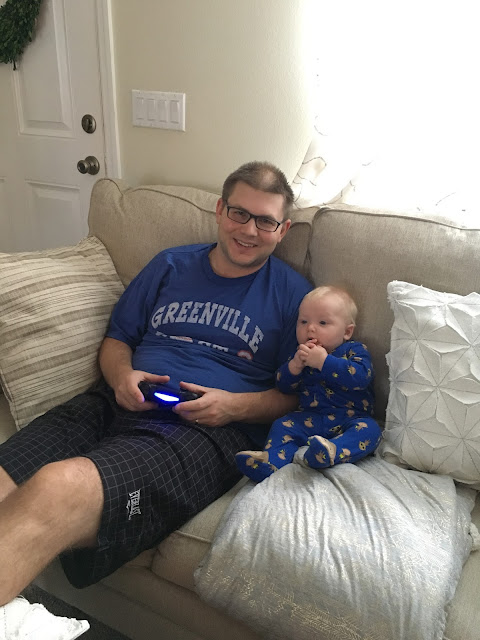 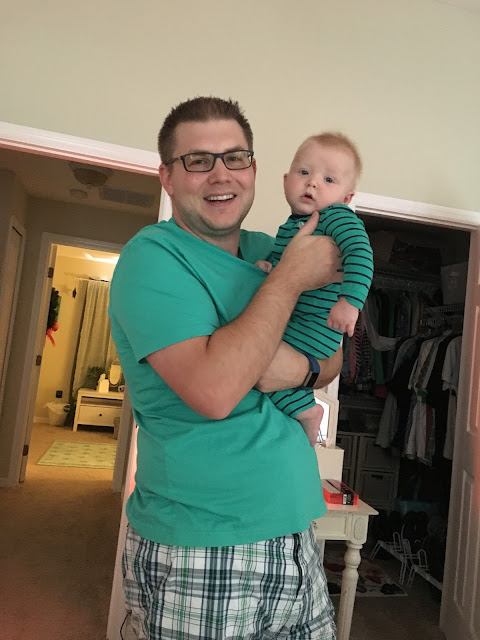 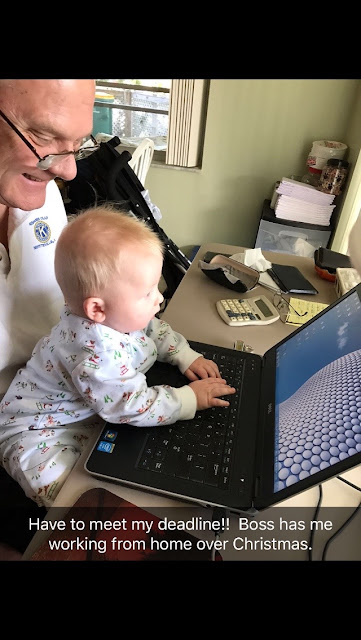 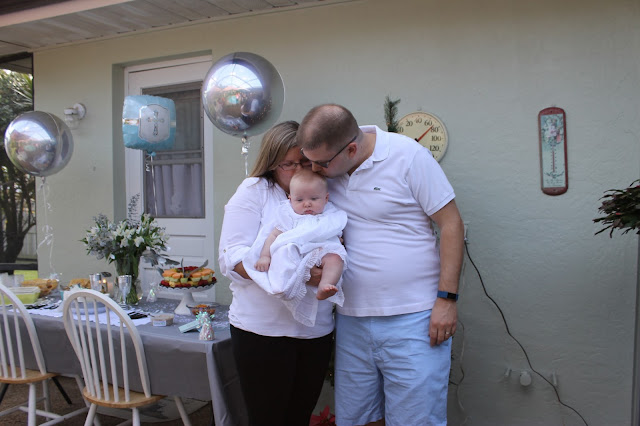 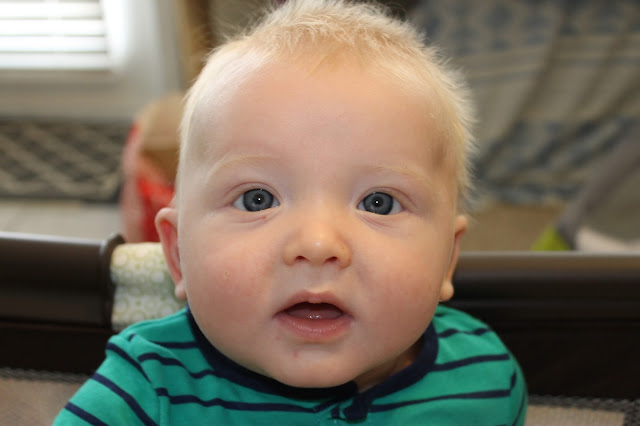 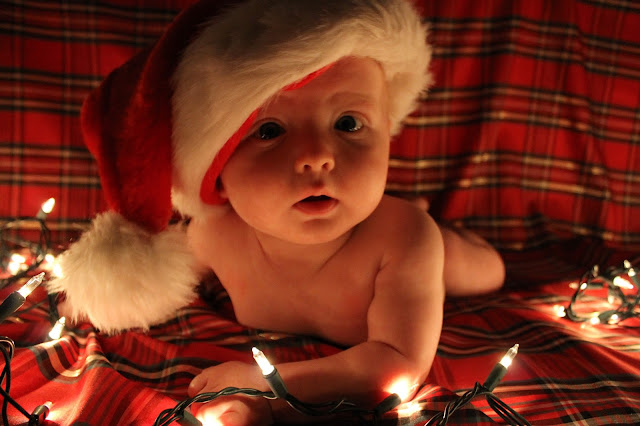 When we dropped the swaddle, we also moved him from the bassinet in our room, to his crib. We still put him in a soft sided bassinet in the crib, just to keep him confined. I left it at my mom's the other night so Will slept in his crib without it, and I use the term 'slept' loosely. He was up from 1-2 am, then again at 4:45 till 5:30. 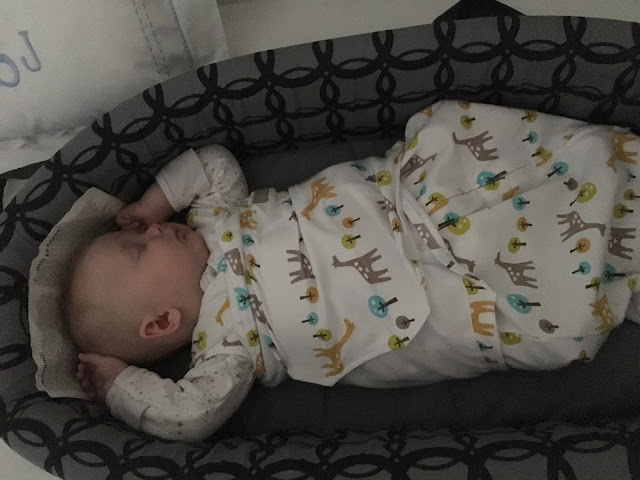 That will be our next feat- getting him to sleep in his crib without the coziness of the bassinet. We're going to start next week when John is off work for the week, so we don't have to stress about losing sleep on a 'work night.' Wish us luck!

**Update** We decided to splurge a bit and purchase a DockATot to use in the crib, since he's pretty much outgrown the bassinet. Fingers crossed it he enjoys it as much as other babies have, based on the reviews.

Other than that, it's smooth sailing. We are so blessed. 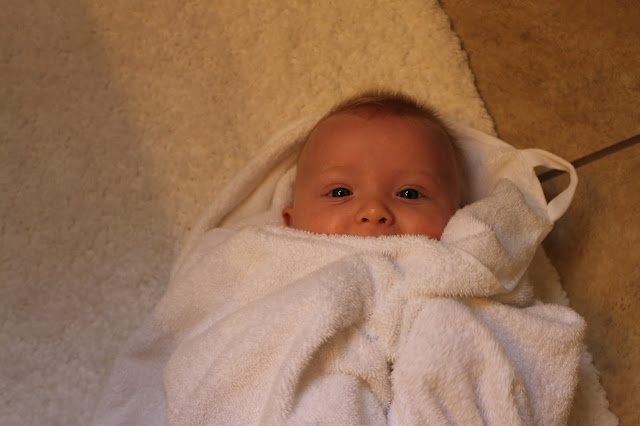 Posted by Dressing for Disney at Wednesday, December 28, 2016