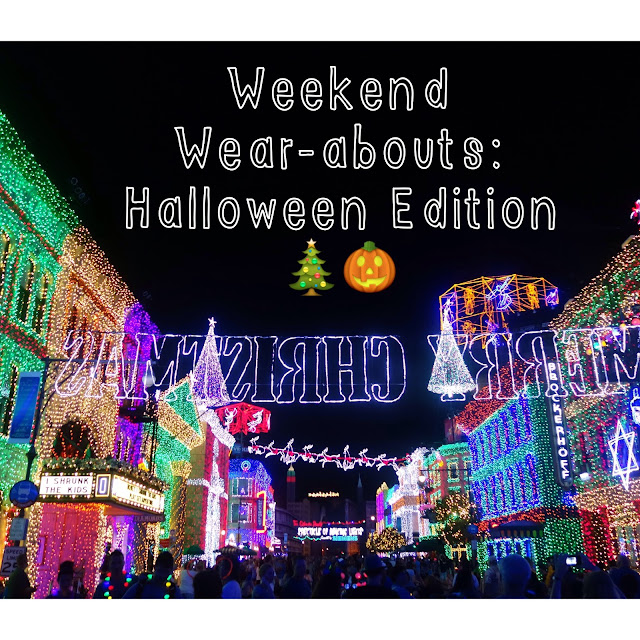 It's been a while since I've done a Weekend Wear-about segment; I'm looking forward to narcissistically sharing my Friday through Sunday with y'all.

Can I just say how much I LOVE Daylight Savings Time (well, the 'Fall Back' version at least). I lived in Connecticut for four years and HATED 'falling back,' what with it getting dark at 4:30 in the afternoon and all. But down south? It's great. It's light out when you get up, the day seems extra long, and it gets dark early which just feels so cozy and 'holiday-like' to me.

Have I mentioned that I have the best hubby ever? He texted me during lunch on Friday to tell me he was taking me to Mizner's at the Grand Floridian for a cocktail that evening. I just adore this bar- the servers, the Orchestra, the cushy seats by the windows.

I had the Grand Cosmo- my go-to is a Grey Goose martini with olives, but I was wanting something on the sweeter side. It didn't wow me, but was okay. 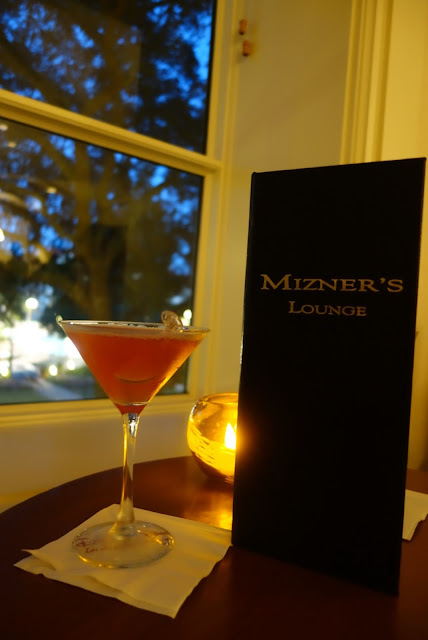 We ordered a second round and went to sit outside on the covered balcony to chat and get some fresh air. Then John surprised me again by suggesting we go to the Magic Kingdom for a bit- his least favorite place ever! Of course I took him up on it.

We tried Pecos Bill's new menu, which was surprisingly good. The fajitas easily served two (ask for extra tortillas, per the suggestion of the CM who rang us up). But SKIP the 'chicken tortilla soup;' it was on the small-ish side (see it in my hand?) and thick-- almost like a gravy. Blech! 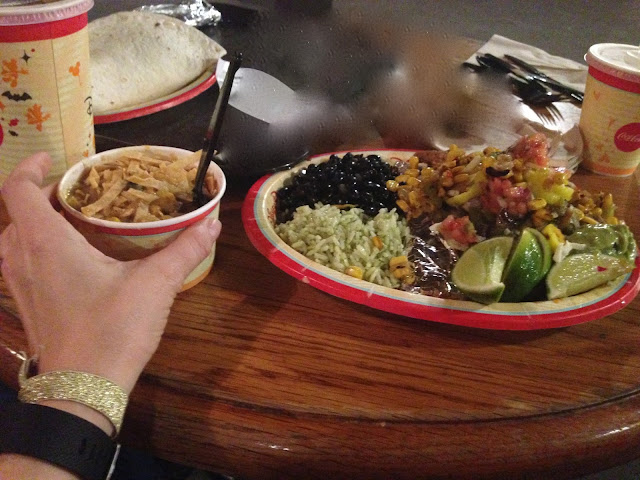 There was a beautiful moon over Liberty Square as we headed to ride the Haunted Mansion.

We finished with a ride on Pirates and headed out. 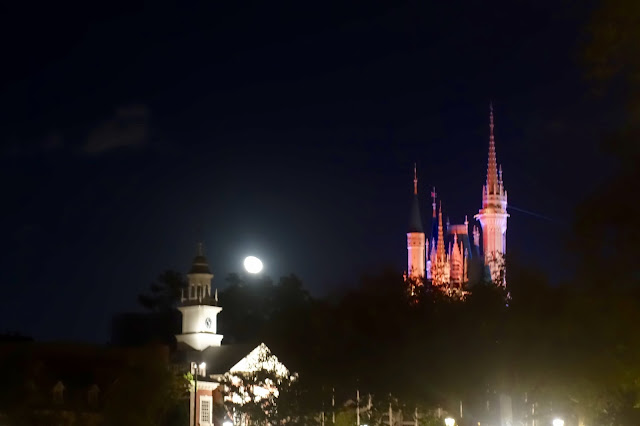 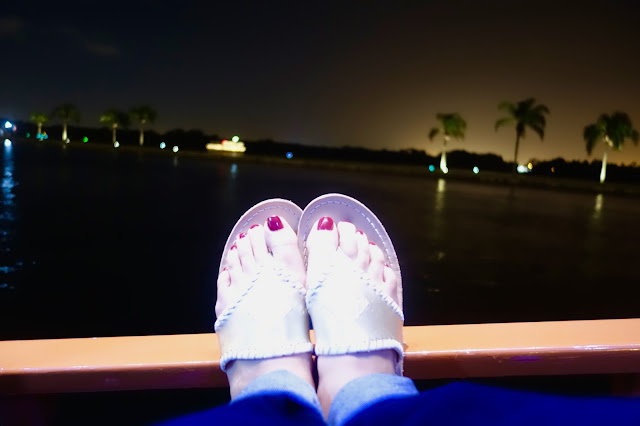 Saturday was Halloween, which for us consisted of lounging in our jammies and doing housework. We had made reservations for Morimoto Asia that night, so after getting kind of spiffed up, we headed out to celebrate. 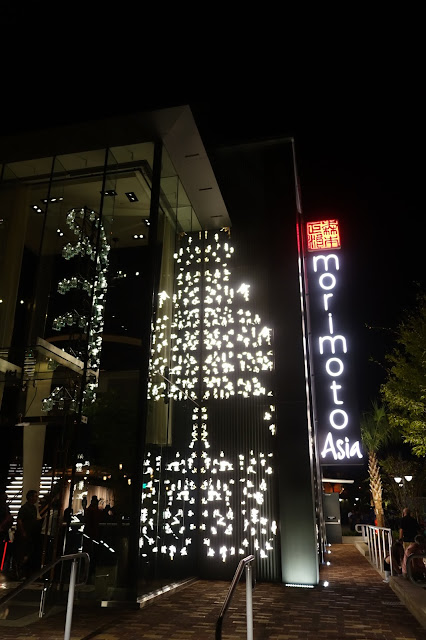 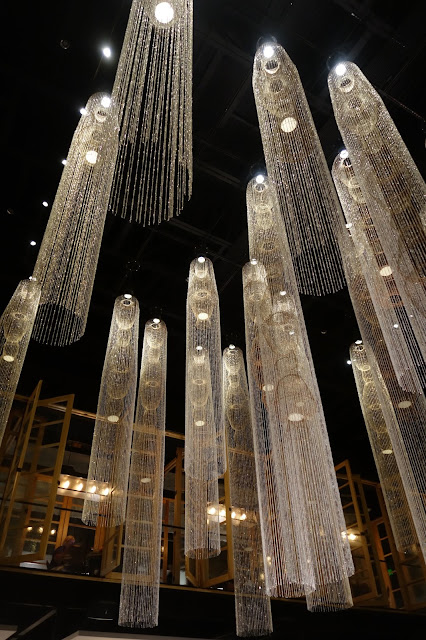 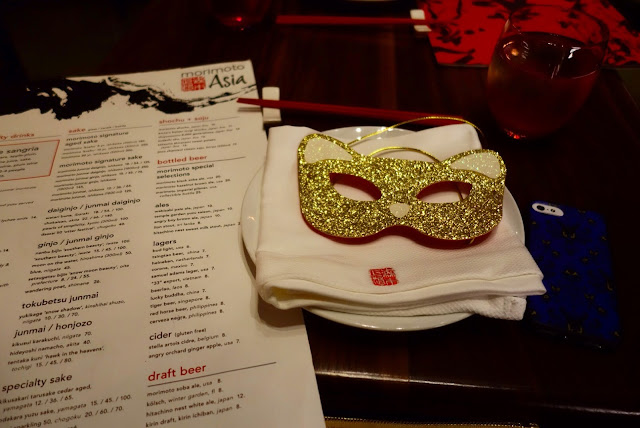 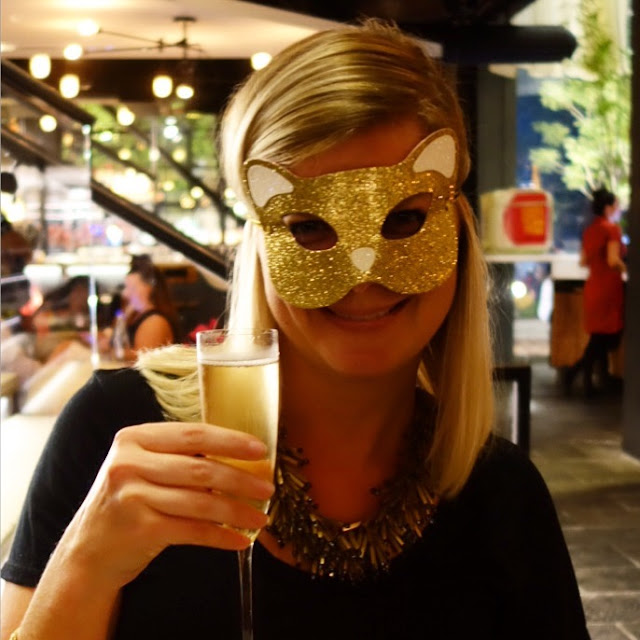 Overall, we really enjoyed it. The service was spotty, but friendly and accommodating. For instance, our oyster dish came out wrong, with two different kinds of oysters (we had ordered a dozen of the same kind), but our server rectified it by bringing another half dozen of what we ordered, gratis.

We also ordered the Peking Duck, or Looking Bird, as John calls it. It was tasty, but not served as hot as I felt it could have been. 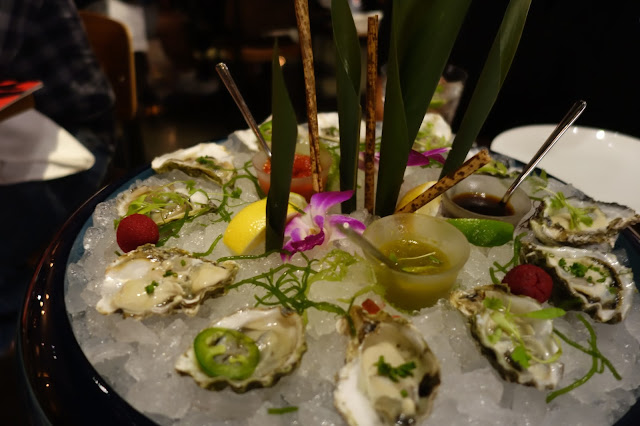 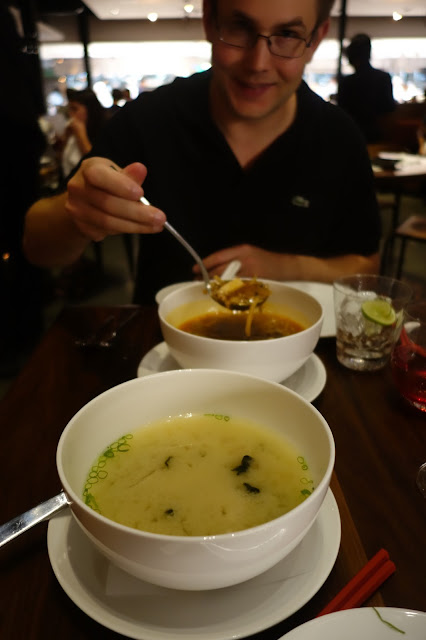 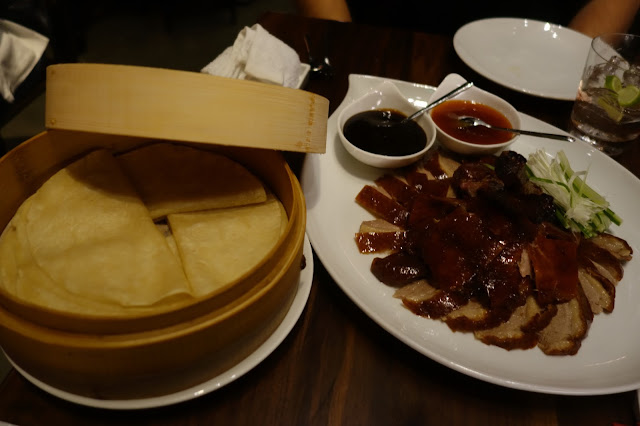 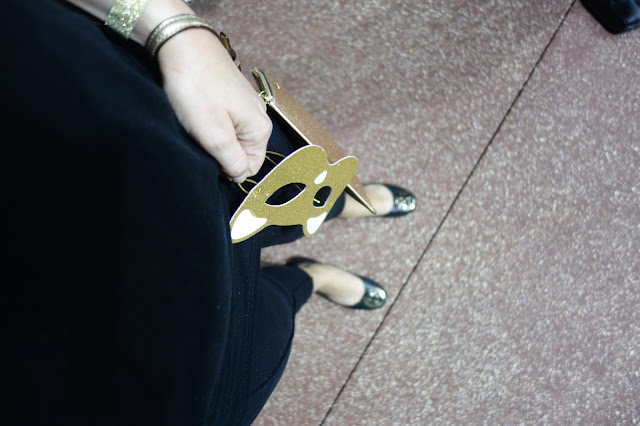 On Sunday, we grocery shopped and did some stuff around the house. Then I headed out to DHS MGM to meet up with Thomas for a preview of the Osbourne Lights.

It was a beautiful night at MGM, and my first time back since the stage has been fully disassembled from in front of the Chinese Theater. 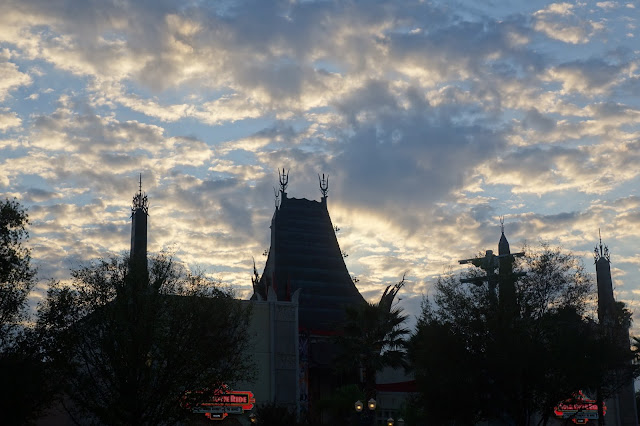 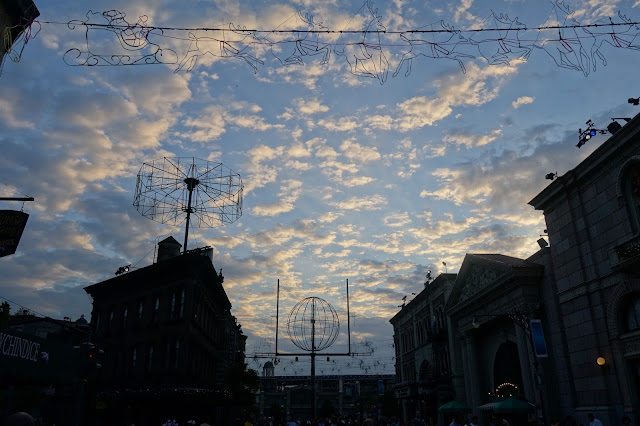 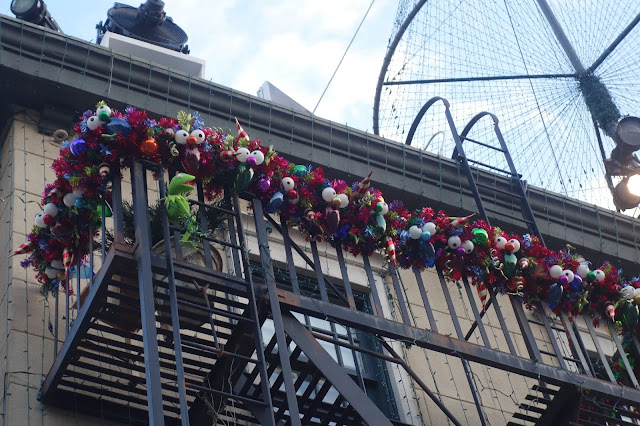 Thomas had secured a spot right in front of where the lighting ceremony takes place. This is why we're friends. 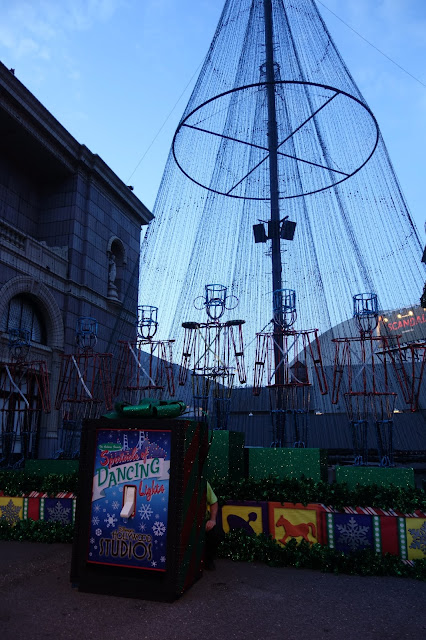 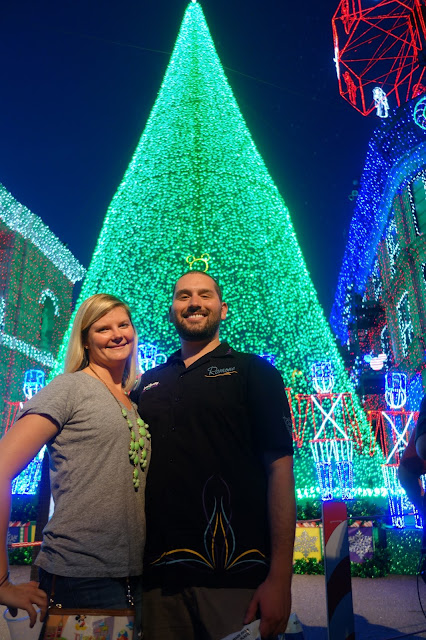 After cheering and hugging the start of the Christmas season, we headed to Pizza Planet because I was craving that crummy pizza. What, I really like the sauce, ok?? 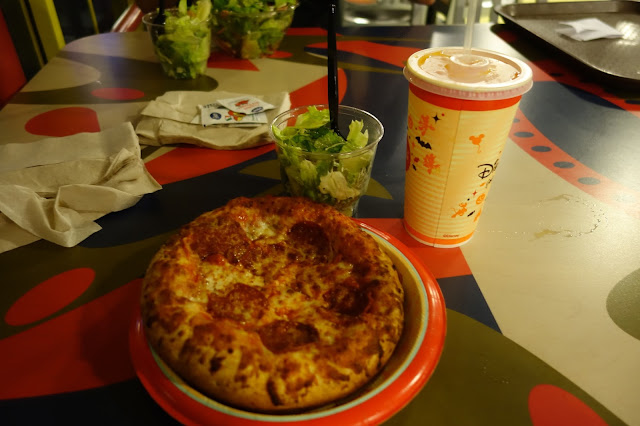 It was back to the lights to explore. 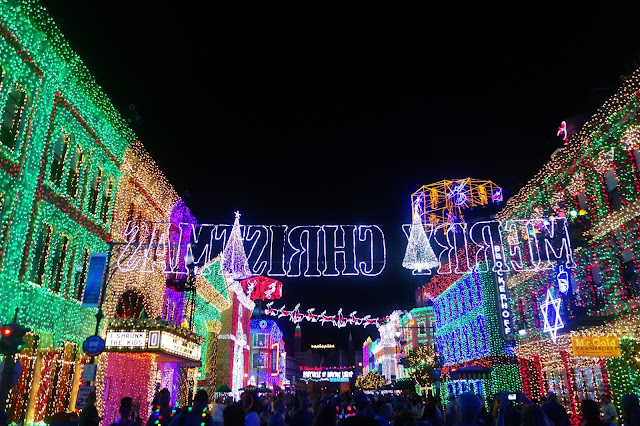 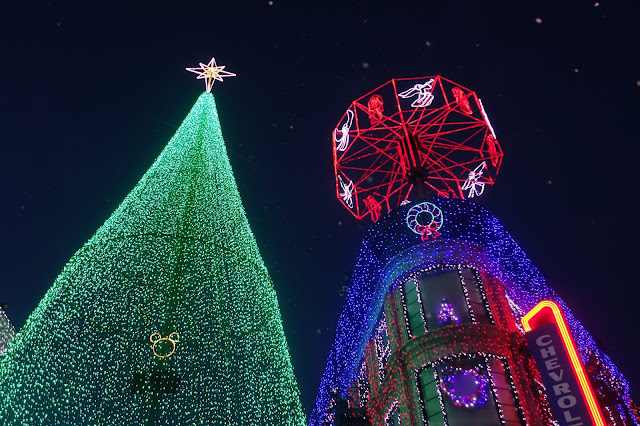 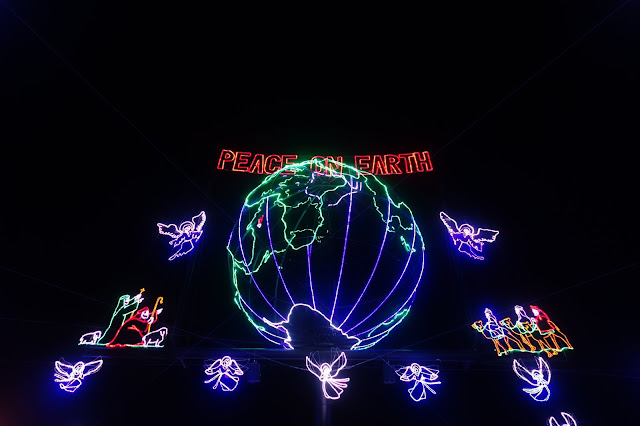 Do you see Roger Rabbit in the bike basket, below? A lovely little nod to MGM's roots. 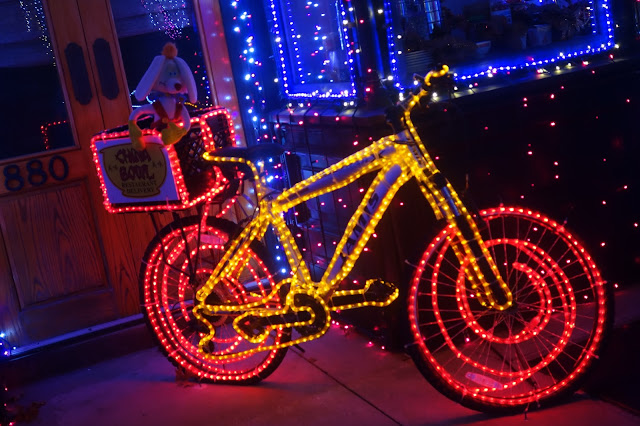 Of course, a Disney 'special event' wouldn't be complete without a themed cupcake. Thomas and I shared a gingerbread flavored Thanksgiving cupcake. Yum.

See ya soon for the latest installment of Epcotiversary. 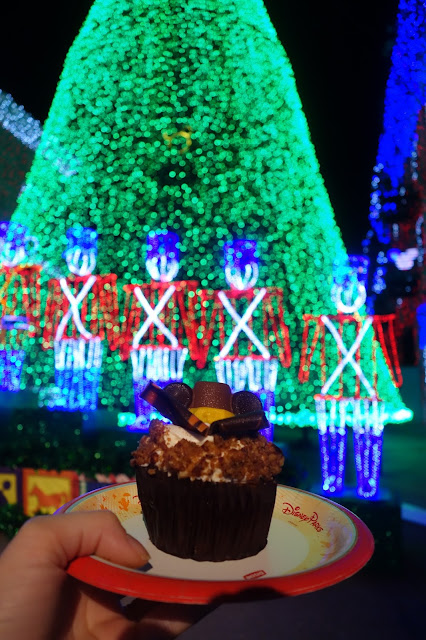 Posted by Dressing for Disney at Monday, November 02, 2015